by Shavvy
in Entertainment
Reading Time: 4 mins read
A A 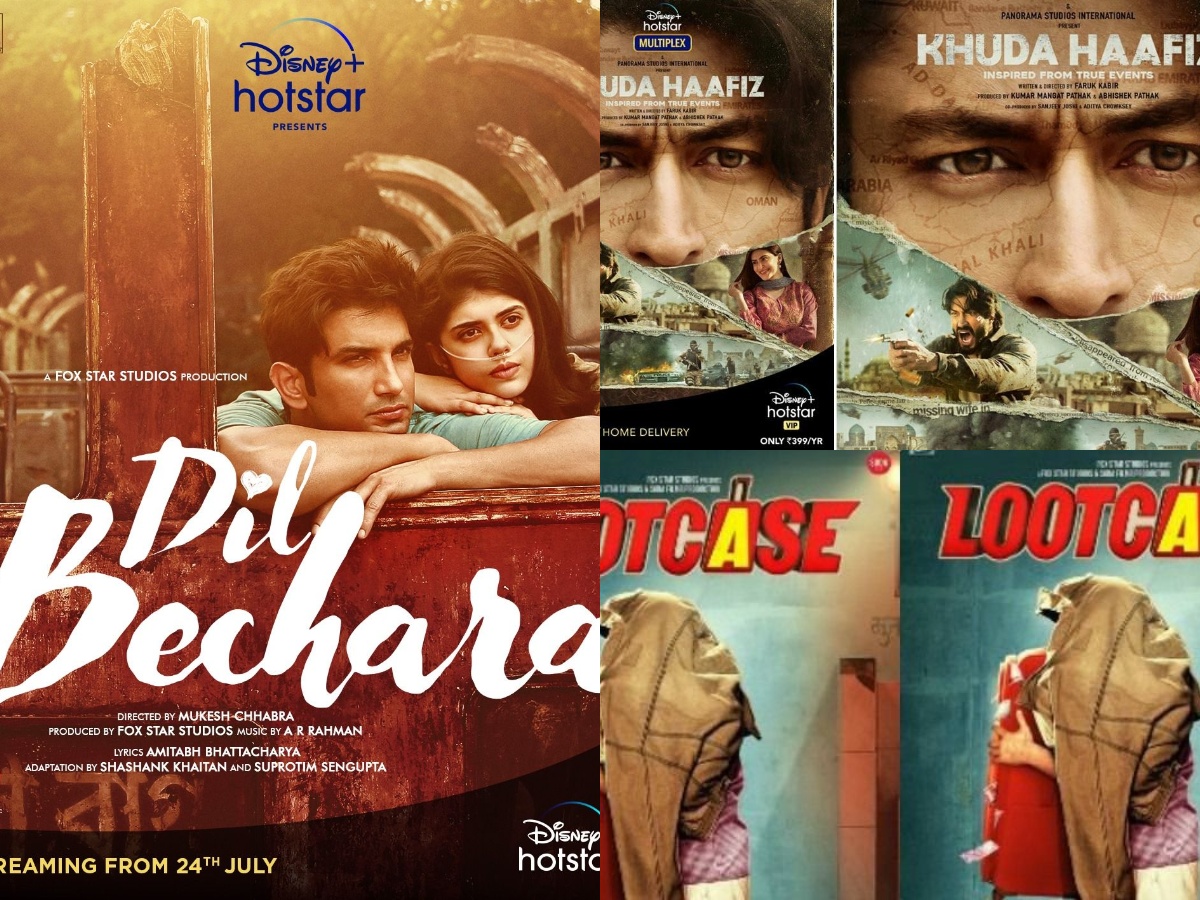 It has been decided that many big stars films will be released on Disney Plus Hotstar. So here’s the list of the film that people will soon enjoy at the OTT platform.

Trade analyst Taran Adarsh ​​has shared this information on his official Twitter handle. He wrote- It is official. Films like Laxmi Bamb, Bhuj, Sadak 2, Dil Bechara, The Big Bull, Khuda Hafiz and Loot Case will be released. The first film to be premiered will be Sushant Singh Rajput’s Dil Bechara. These films will be released between July and October, 2020.

Produced by Shabina Khan and Tusshar Kapoor and directed by  Raghav Lawrence, this film is a horror comedy.The film stars Kiara Advani alongside Akshay.

Bhuj – The Pride of India

This is Ajay Devgan’s War Based Film. It is directed by Abhishek Dudhaiya. The story of the film is during the 1971 Indo-Pak War. Ajay plays the role of squadron leader Vijay Karnik in the film. Sanjay Dutt and Sonakshi Sinha are in pivotal roles.

Directed by Kuki Gulati, The film’s story spans from the late eighties to the early nineties.  This story from rags to riches is directed by Ajay Devgan. And Abhishek Bachchan is playing the lead role in this.

Sadak -2 is directed by Mahesh Bhatt. The stars in the lead roles are Alia Bhatt, Aditya Roy Kapoor, Sanjay Dutt, and Pooja Bhatt.

Dil Bechara is the last film of actor Sushant Singh Rajut, which is inspired by John Green’s book The Fault In Our Stars. Sushant Singh Rajput and Sanjana Sanghi are in the lead roles in the film. The film will be a tribute to Sushant and will be first to premier.

This film by Vidyut Jammwal is directed by Farooq Kabir, while the producers are Abhishek Pathak and Kumar Mangat Pathak. The film also features Shivalika Oberoi and Shiva Pandit in important roles.