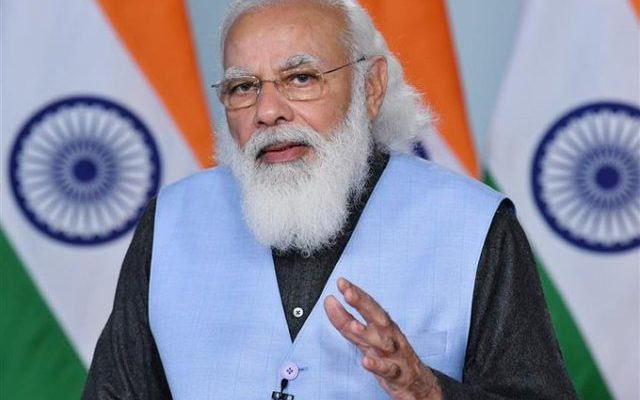 1. A Keen Photographer And Poet

Narendra Modi loves writing poems and clicking pictures. He has written some books in Gujarati language and his poem titled ‘Modi ki Kavita’ has also been published.

Narendra Modi loves photography. He is often seen taking selfies and when someone takes a picture of him, his focus is always on the camera. He has also displayed his collection of photographs.

There was a lot of controversy earlier about the marital status of Narendra Modi but in the 2014 Lok Sabha election nomination form, he declared himself married and put an end to this controversy. Narendra Modi was married to Jashodaben at the age of 18. But after some time Narendra Modi and Jashodaben started living separately. Jashodaben was a school teacher in Gujarat before retiring.

3. Likes To Promote Himself

Narendra Modi has been very fond of promoting himself since the time of the Chief Minister of Gujarat. He always try to promote himself in advertisements and keep on counting the merits of the work done by them.

4. Most Controversial Chief Minister Of India

Narendra Modi’s position as Chief Minister was controversial for many reasons, including the 2002 Godhra incident. He was considered one of the most controversial chief ministers of the country, not of Gujarat.

Senior Gujarat police officer Sanjiv Bhatt alleged that Modi told officials that “the Muslim community needs to be taught a lesson”. On this basis Mr. Bhatt held Modi responsible for the 2002 Gujarat riots.

6. Denial Of US Visa While Chief Minister

Due to his controversial role in the 2002 Gujarat riots, the US government under the American Immigration and Nationality Act refused to issue diplomatic visas to Narendra Modi, the then Chief Minister of Gujarat. After becoming the Prime Minister, he was given a US visa.

Narendra Modi has a habit of wearing clothes without creases. He wears this type of clothes from the days of his youth and he likes to wear such clothes.

Narendra Modi loves drama and often used to participate in plays during his school days. He also participated in several stage dramas at the school level.