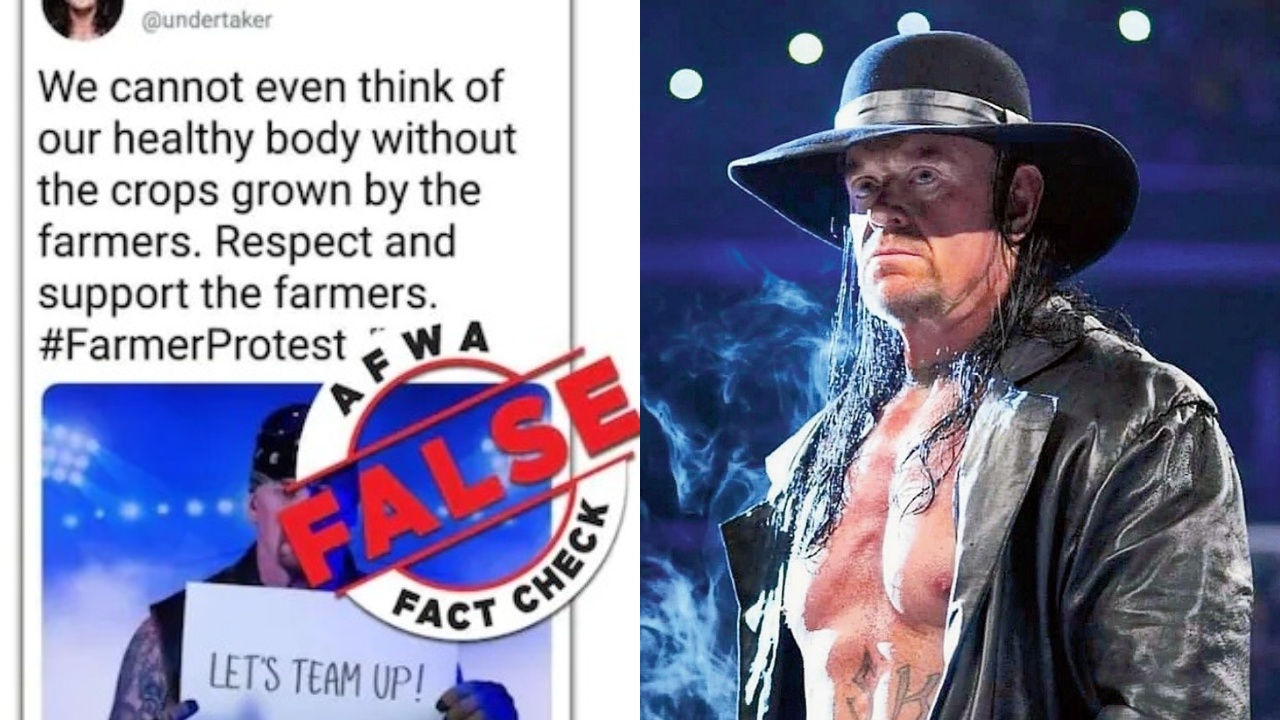 The screengrab of the undertaker’s tweet on the framer’s agitation is making rounds on the internet. So let’s have a reality check on it.

Farmer’s protest has become a serious issue now. The matter began with the handful of farmers who asked the government to remove three farms laws, as it was not gone down well with them. And due to this, they started protesting. But the protest has now taken a big twist. Not just those farmers, but now many people have been involved in this. And the things have also gone to another level. From violence to International support for the ongoing farmer’s protest. Is all we are witnessing these days.

Things have now become a matter of concern for not just the normal public but also, many, Bollywood celebs took to their Twitter handle to support farmers. However, things didn’t stop here and became more viral after the International celebs started tweeting in support of farmers. Those who tweeted were Rihana, Greta Thunberg, Mia Khalifa, among others. But the recent one that is going viral is a screengrab of the American wrestler Undertaker.

Now the issue is that the screengrab that has taken the attention of many people is the tweet made by him in support of farmers that mentions, “We cannot even think of our healthy body without the crops grown by the farmers. Respect and support the farmers. #FarmerProtest.” However, it is being told that it was a morphed text because the actual texts read: “@WWE has teamed up with Omaze to support the life-changing work of Make-A-Wish by offering you the chance to win a day at the @WWEPC with me.”

Now let us tell you that the Anti Fake News War Room (AFWA) of India today has found it out, that the screenshot is morphed. And as per the information gathered the undertaker has not made any tweets in connection to ongoing framers agitation so far. The image in which Undertaker is seen holding a placard with the caption “LET’S TEAM UP!” was done on December 17, 2020, to convey that WWE has teamed up with fundraising firm Omaze for a charity event.

Raj Kapoor did not consider Rishi Kapoor to be worthy of the film Bobby, due to this BIG REASON he was taken