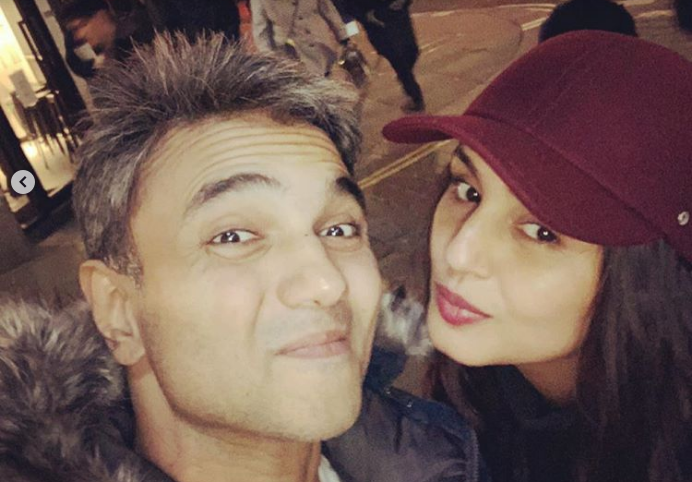 Gangs of Wasseypur actress Huma Qureshi is hitting the headlines not for her upcoming film but for her personal life. She recently shared that she is dating film director Mudassar Aziz. Huma confirmed her relationship with him by sharing a series of pictures of her director-boyfriend, with an adorable caption.

The pictures shared by Huma Qureshi featured Mudassar in various moods, followed by their selfie. In her caption, the actress wrote, “It sure has been a hell of a ride … I’m so proud of everything you do and the man you are! I pray from the bottom of my heart that all your dreams come true. Happy Birthday baba @mudassar. Sending love from saat samundar paar. Stay smiling always. Onwards #love #happybirthday #joy #virgobaby #Septemberchild Love you more than you know,”

An inside source told the media that “Their close friends are aware of their relationship and are happy for them. Huma and Mudassar even brought in the New Year’s together in London and keep cheering for each other’s achievements on social media.”

On the professional front, Mudassar is currently filming the remake of Pati Patni Aur Woh with Kartik Aaryan, Bhumi Pednekar and Ananya Panday. Earlier also he dated a Bollywood actress, she none another former Miss Universe and actress Sushmita Sen. After dating each other for a while, the couple broke up. Whereas, Huma Qureshi was last seen in Netflix’s ‘Leila’.