Akshay Kumar Becomes Mama’s Boy, Strolls with Mother on The Streets of London 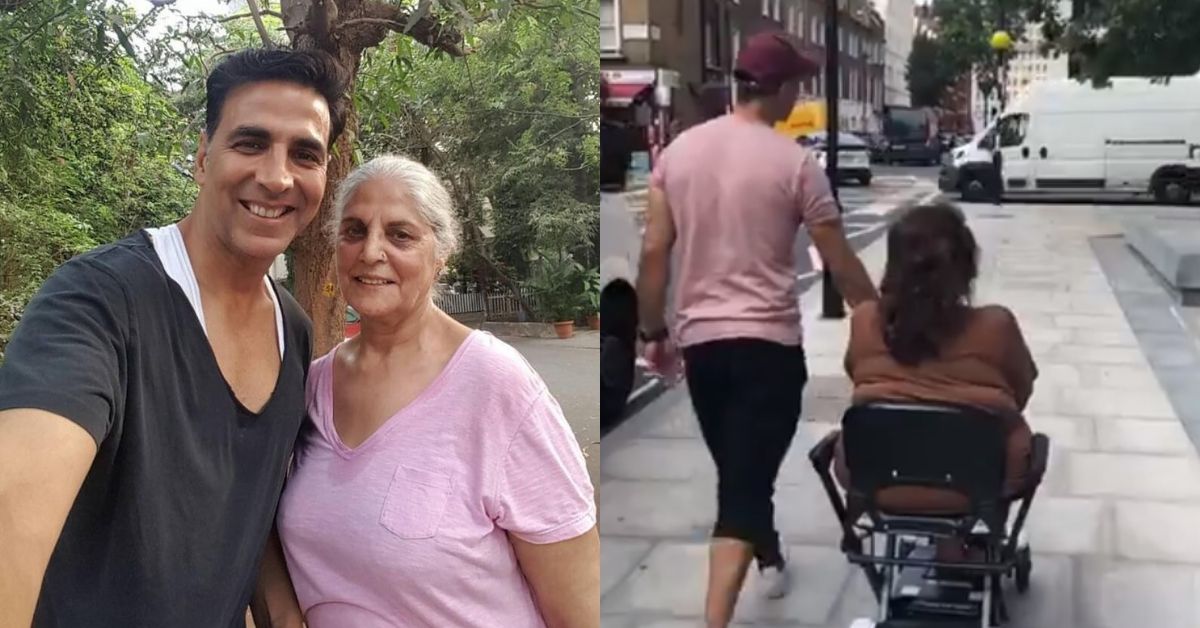 Akshay Kumar is one of the superstars of Bollywood. He does a maximum number of films a year as compared to other big actors. Apart from an actor, he is also doting son as well. Recently, he was spotted on the streets of London with a lady. she was none another Akshay’s mother. He took out time from his busy schedule and spends some time with his mother, who underwent knee surgery recently.

The actor recently shared a video where he can be seen strolling with his mother Aruna Bhatia walking alongside her wheelchair. He captioned the video as, “Juggled shoot to spend a few days with mom in London. No matter how busy you are with life and growing up, don’t forget they are also growing old…so spend time with them while you can.”

Akshay Kumar is a family man and there’s no doubt about it! Social media fans always appreciates how the actor plays every role perfectly whether it is on the personal or professional front. On the work front, Akshay’s recent release Mission Mangal is performing well at the box office in India, until now it has earned Rs 168.48 crore.

Currently, the actor is busy in the shoot of his upcoming films Laxmmi Bomb, Good News and Housefull 4.

INDW vs SLW: Indian captain Harmanpreet Kaur struggles for a good start; plays with a strike rate below 100

Updated Squad for the India vs England Test match