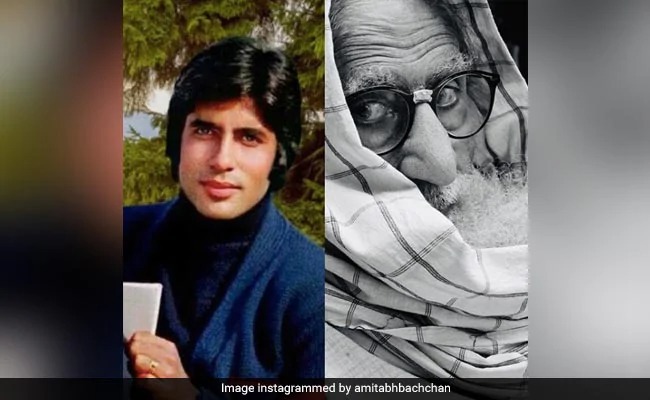 Amitabh Bachchan then and now pic

Amitabh Bachchan recently posted the picture on social media which has now grabbed attention. The 77-year-old the actor dropped another throwback picture of his Then and Now look.

Amitabh Bachchan has been a part of the film industry for the last 5 decades. He has not only seen Bollywood styles changing over the years but also experienced it. Amitabh often remembers his shooting moments. And hence he keeps sharing it with his fans. Amid of this Then and Now a photo of big -B has also surfaced. These photos are of his films Kabhi Kabhi and Gulabo Sitabo. One photo is from the film Kabhi Kabhi, in which he acted 44 years ago., While the other one is from his recent film Gulabo Sitabo. Sharing the pictures he told how much the time has changed. And how different he looked now.

Let us tell you that the film Kabhi Kabhi was released in 1976. Which featured Rakhi, Shashi Kapoor, Waheeda Rehman, and Neetu Singh with Amitabh Bachchan. It was directed by Yash Chopra. Talking about Gulabo Sitabo, Ayushmann Khurrana is going to be seen for the first time with Amitabh Bachchan in this film. The film has been produced by director Shoojit Sircar and written by Juhi Chaturvedi. It is based on a grumpy landlord and a stubborn tenant. Who engage in clashes regarding their day-to-day activities. It was praised by the fans after its trailer released. Gulabo Sitabo is going to be released on June 12 on Amazon Prime Video.