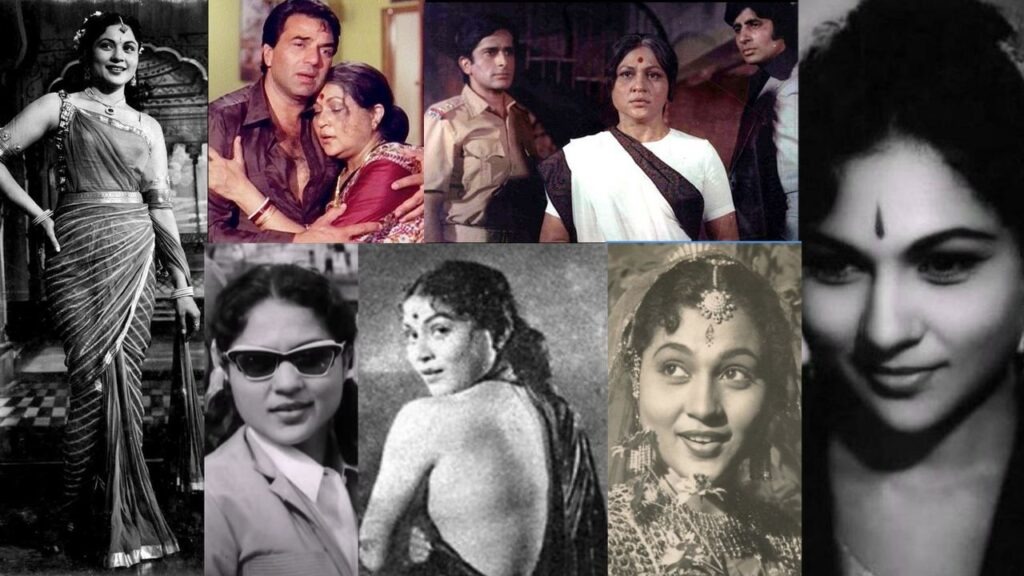 There have been many actresses in Bollywood who have played the mother of an actor younger than themselves onscreen. Yes, especially after marriage, actresses also get similar role offers, but let us tell you that there has been an actress in Bollywood who has been seen the most in the role of mother. This is the reason why this actress was given the status of ‘Mother of Bollywood’.

It is worth noting that not only Amitabh Bachchan, but Nirupa Roy also played the role of a mother from Shashi Kapoor to Govinda, who started playing the role of mother in her youth. The special thing is that Nirupa Roy had married even before becoming an adult and had two children. So let’s know some interesting things related to Nirupa Roy i.e. ‘Mother of Bollywood’ …

Let us tell that the real name of Nirupa Roy, born in the year 1931 in a Gujarati family, was ‘Kokila Kishorechandra Balsara’. Which came in films and changed its name to ‘Nirupa Roy’.

In 1946, Nirupa sent her profile for a Gujarati film after seeing an advertisement in the newspaper and she was also liked. She was recognized in Gujarati films, but the surprising thing is that she got married only at the age of 15.

After marrying Kamal Roy, who was a government employee, she moved to Mumbai. Let us tell you that after two years of marriage, she also became a mother. By the age of 17, she had become the mother of two children.

Not only this, Nirupa continued to play the role of Devi in ​​many films at the beginning of her career, but gradually she was offered the role of mother.

Let us tell you that she played the role of mother the most in Amitabh Bachchan’s films. Apart from this, she had played the mother of almost all the lead actors at that time.

Apart from this, Nirupa has done around two hundred and fifty films in her career and she also received the Lifetime Achievement Award in 2004. Please know that she died of a heart attack on 13 October 2004 and she was 72 years old at that time.

‘Lal Dupatta’ Actress Of Govinda Now Looks More Beautiful Than Before, Left Films For This Reason

Not Only Kangana, But These Actresses Have Also Worn The Worst Dress And Became The Victim Of Oops Moment