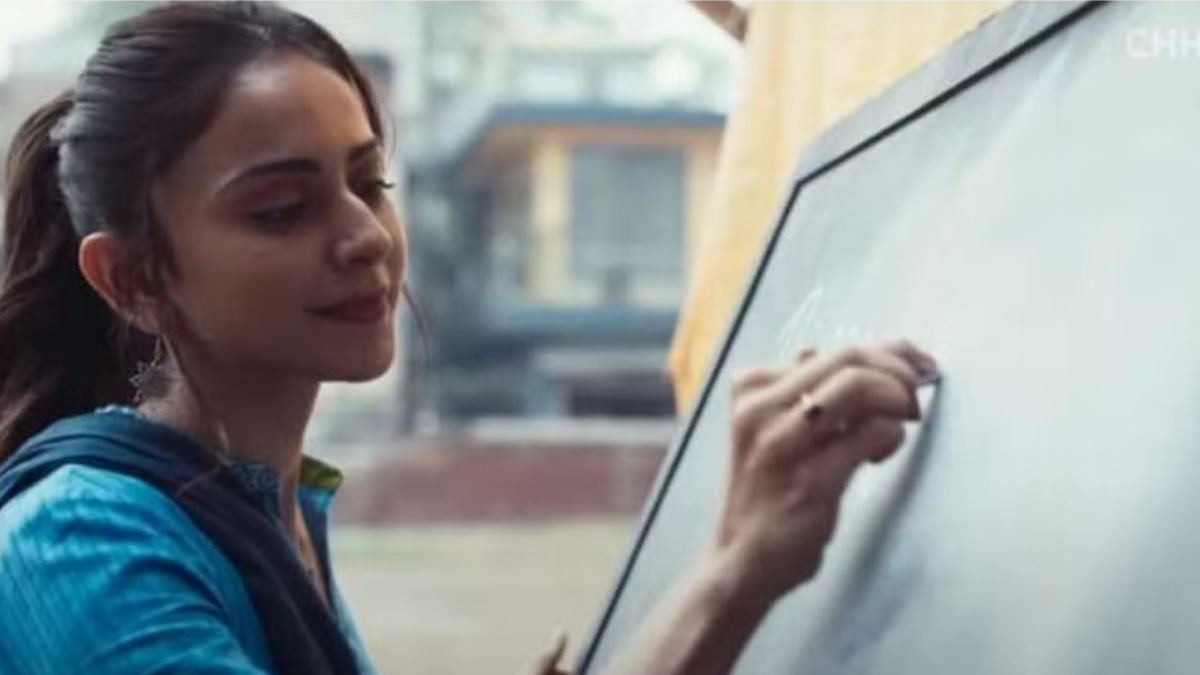 Rakul Preet Singh is back in action with her next film which is centralized on sex education which is intending to impart social awareness with her film, Chhatriwali. The actor, will be seen as the lead this time, shouldering the responsibility as the protagonist. The makers of the film have launched the trailer of the film which is set to release on the OTT platform Zee 5.

In the trailer, Sumeet Vyas asks co-actor Rakul about what is the need to use protection during intercourse, why would anyone use it? Rakul discovers that someone close to her is undergoing abortion as a result of unprotected sex, and also school textbooks having male and female reproduction as optional subjects not prioritizing sex education. Later she kicks off sessions on sex education and enlightens housewives about protected sex.

Helmed by Tejas Prabha Vijay Deoskar, the film is set in the backdrop of Haryana and stars Rakul as Sanya.

Talking about her unique project, Rakul said averred “Chhatriwali was that dream project where it checked all the boxes and now with the trailer out, I hope that our hard work pays off as this film deserves special attention and credit. In today’s patriarchal society, every household needs a Sanya who holds the courage to single-handedly fight against all odds, traditions, social norms, and barriers.”

“I hope this character inspires others to find their voice and speak up against unsafe sex and the many health implications of not using protection. India’s youth make up for majority of the population and educating them on safe sex and sex education is the need of the hour, so I am glad that Chhatriwali is catering to them and everyone else in a progressive and entertaining manner,” Rakul adds.

Babil on comparison with his father Irrfan Khan: I will never be him