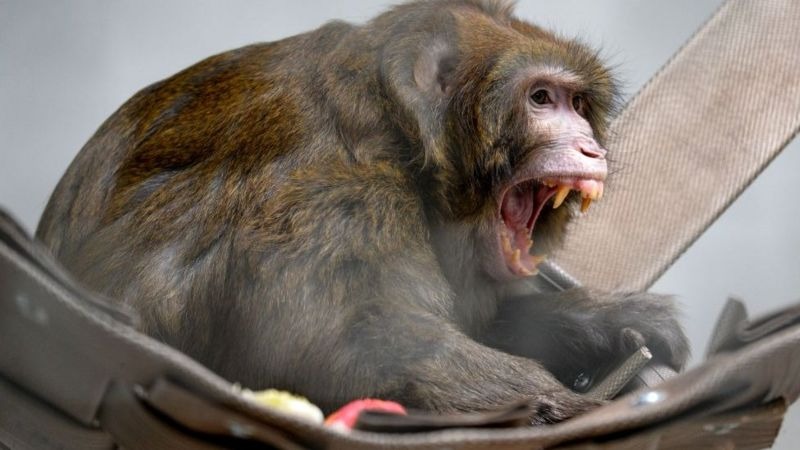 The news of the death of a person due to Monkey B virus infection has come to light in Beijing, China. Global Times has confirmed this first death.

According to the news of the Global Times, the first case of death due to the monkey virus has been reported by an animal doctor in Beijing. But it has also been clarified in the news that the people who came in contact with him are still completely safe.

The 53-year-old veterinarian was doing research on non-human primates in an institute.

It has been told in the report that in the month of March, he had done research on two dead monkeys and only a month after that they started showing initial symptoms of nausea and vomiting.

On Saturday, China CDC Weekly gave information in this regard.

According to the magazine, the veterinarian underwent treatment in several hospitals, but died on May 27.

According to the magazine, till this time no such case related to this virus had come to the fore. This is the first case of human infection and death from the Monkey B virus.

Researchers took a sample of the vet’s marrow in April and confirmed it to be monkey virus. But it is a matter of relief that no other person who came in contact with him has shown symptoms of infection with this virus so far.

This virus was identified in 1932. This virus spreads through direct contact and exchange of bodily secretions. The mortality rate in patients infected with Monkey B virus is 70 percent to 80 percent.

The magazine suggested that the Monkey B virus could pose a threat and needed to be addressed.

What is Monkey B Virus?

Herpes B virus or monkey virus is usually transmitted by adult macaque monkeys. Apart from this, the virus is also spread by rhesus macaque, pig-tailed macaque and cynomolgus monkey or long-tailed macaque.

It is rare to be found in humans, but if a person becomes infected with this virus, then he may complain of neurological disease or swelling of the brain and spinal cord.

How does this virus spread ?

In humans, this virus can usually reach only after bites or scratches from macaque monkeys. The virus can also spread through saliva, feces and urine of infected monkeys.

Apart from this, infected injection can also be a means of this.

The virus can survive on the surfaces of objects for hours.

According to the Boston Public Health Commission report, humans are most at risk of contracting this virus from people who work in laboratories, are veterinarians, or work in close proximity to these monkeys.

What are the symptoms of this virus?

In humans, symptoms appear within 1 month of exposure to the virus. Sometimes these symptoms also appear in 3 to 7 days. How fast the symptoms progress depends on the infection particles.

One thing to note in particular is that it is not necessary that everyone has the same symptoms.

Difficulty in breathing may occur for up to 3 weeks from the first day of symptom onset, and can lead to death if the infection is severe.

What is the treatment?

The Boston Public Health Commission report says that if a person infected with this virus does not get treatment, then the patient can die in about 70% of cases. In such a situation, if you have been bitten or scratched by a monkey, then it may be that it is a carrier of the B virus.

In such a situation, first aid should be started immediately.

It is most important to clean the wound area thoroughly with soap and water.

According to the commission’s report, antiviral drugs are available to treat the B virus, but no vaccine is available.

Do You Know That Moon Has A Relation With Your Mood?