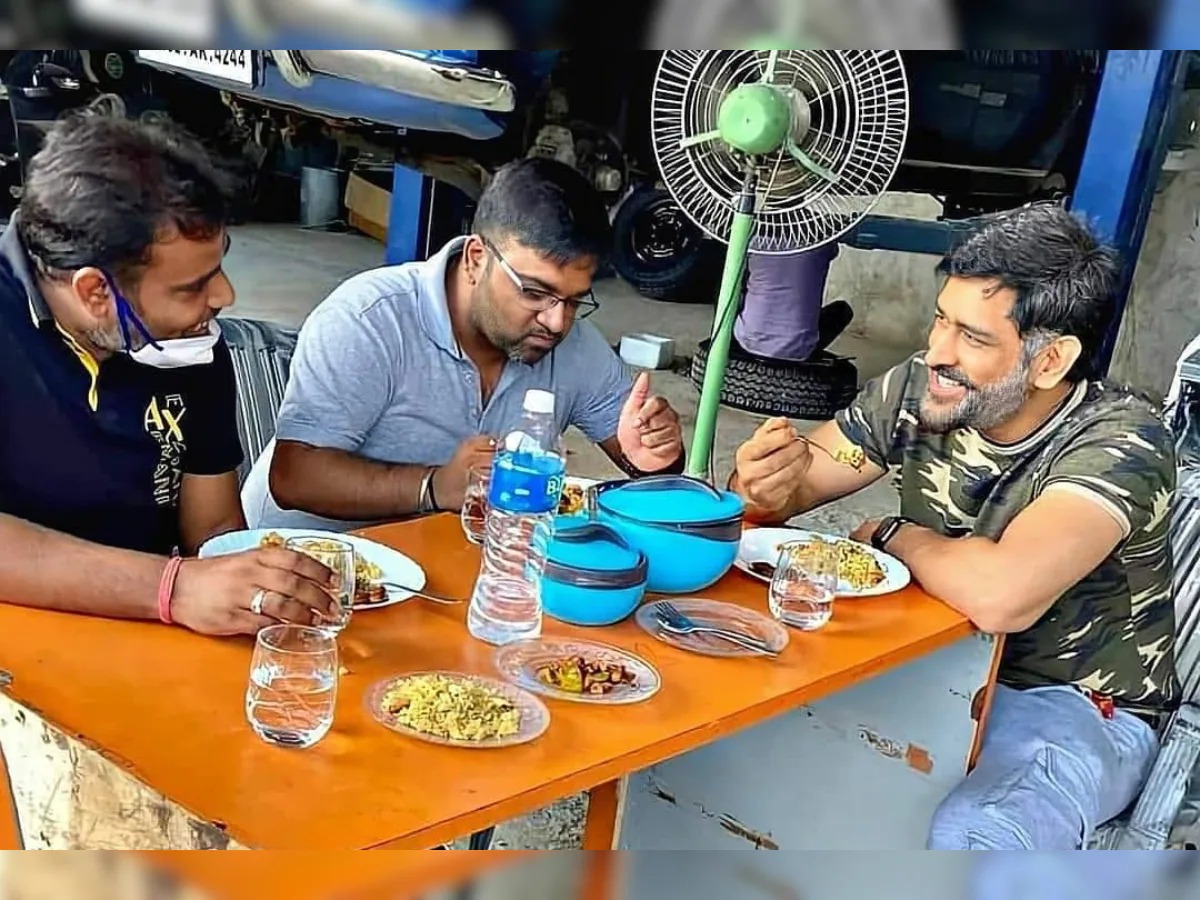 People in India are very fond of watching cricket. This cycle has been going on for many decades. Every few years new players enter and old players retire. Although many people have played for the Indian team, but there are some whose names are associated with our mind as well as heart. One of these players is Mahendra Singh Dhoni. It is not hidden from anyone that the number of fans of Dhoni is in crores. His fan following is tremendous. He is a great captain, batsman and wicket keeper. Under the leadership of his captaincy, India won the 2011 Cricket World Cup. By the way, Dhoni’s fans are not only because of his game, but the behavior of Dhoni’s personal life has also won hearts.

Dhoni is a down to earth person. Despite getting so much money and fame, there is no pride in him. They treat everyone very well. Apart from being a cricket player, Dhoni is also a good human being. You know best how much his love for the Indian Army is. By the way, Dhoni never forgets whomever he takes for his heart. Similar is the case with Dhoni’s close friends as well. He is still connected with all his friends. Hang out with them and have a good time.

Some pictures on these two internet are going viral very fast. In these photos, Dhoni is seen having fun with his friends. According to the news, Dhoni was in Ranchi last Saturday. Please tell that Rachi is also Dhoni’s home town. This is where all his old and best friends live. According to the information, this picture is of Ranchi’s farm house Kailashpati. Here Dhoni had come to the birthday party of his childhood friend Seemant Lohani.

Because of this birthday party, all the old friends including Dhoni had gathered once again. In such a situation, all of them had a lot of fun joking together. You can guess from the pictures how happy all these friends are together. It can be seen in the pictures how Dhoni and his companions are putting a cake on the birthday boy. This is the oldest way to celebrate birthday among friends. A cake is put on the face of the one whose birthday is in it. Dhoni was also not behind in this ritual.

On the other hand, people are liking these pictures very much on social media. Everyone is praising that despite being so busy and famous, Dhoni has not forgotten his old childhood friends. They came to Ranchi for a friend’s birthday. Now it is called a true and true friend.