Home » News » Dubai Opens Up The World’s Most Beautiful Building: Must See

Dubai Opens Up The World’s Most Beautiful Building: Must See 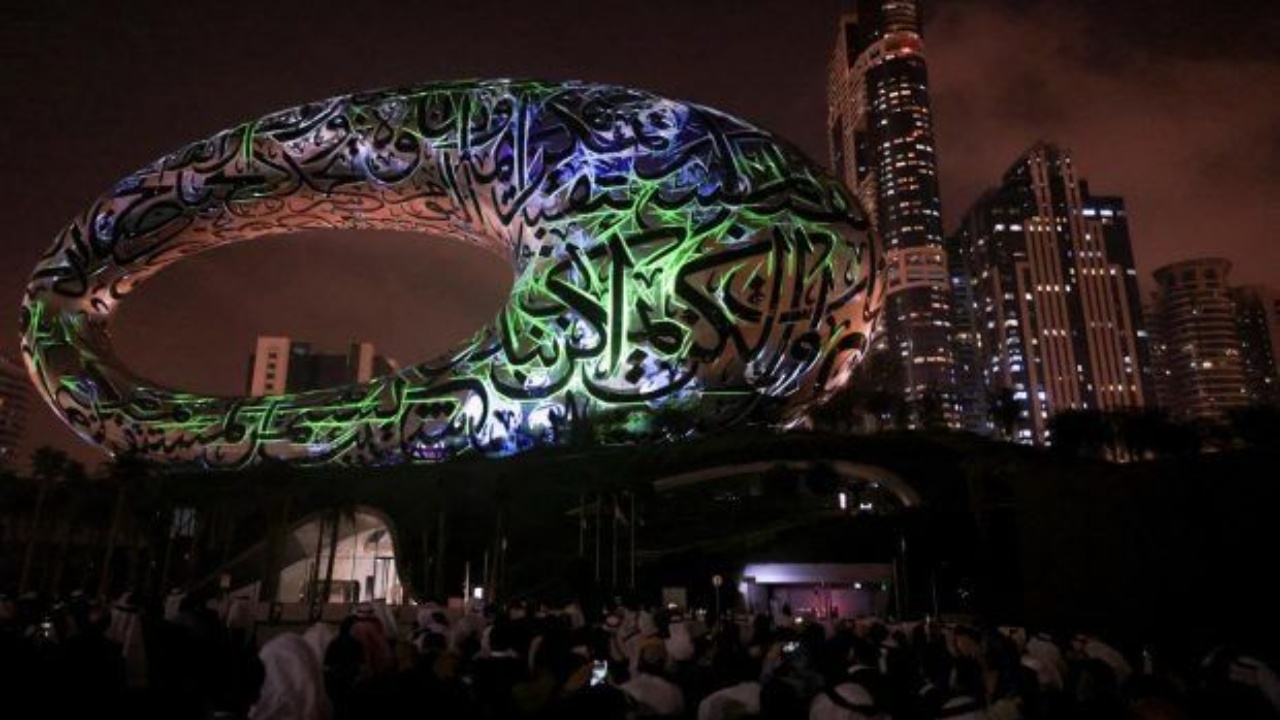 Dubai has recently opened The Future’s museum, which is said to be the world’s most beautiful building. Scroll down to view the pics below, and know about it.

Dubai is already famous for and uniquely designed buildings. It has some of the most beautiful buildings in the world. And now the one we are talking about is said to be the “Most Beautiful Building in the World.”. The building is known as The Future’s museum, which is a seven-story hollow silver ellipse. And the most appealing thing is that it is decorated with Arabic calligraphy quotes from Dubai’s ruler. Situated in the Middle Eastern Nation it is a building that’s worth watching. Let us tell you that it was wonderful to see the building on the inauguration day as it was lit up with multi-shade laser light, and hence a huge crowd gathered to catch a glimpse of the futuristic museum.

During the opening UAE Minister for Cabinet Affairs and Chairman of the Dubai Future Foundation Mohammed Al Gergawi quoted “The Museum of the Future is a ‘living museum’, constantly adapting and metamorphosing as its very environment drives continual and iterative change to its exhibits and attractions,”

Talking about its structure and area, it is 77 meters spreading across 30,000 square meters, situated right next to Burj Khalifa, which is another iconic structure. It is made of stainless steel with 1,024 pieces of art, which was manufactured using robots. The interior of the building has futuristic designs. And after seeing the photos one can certainly call it The future Museum.

Take a look at the inside pics below:

Also, read 9 Transgender Actresses Of Bollywood With A Bright Future

ENG vs IND: Fans react to Rishabh Pant’s consistent smashing as he scores 20 runs in 4 balls

INDW vs SLW: Sri Lanka manages to get a quick fifty on board