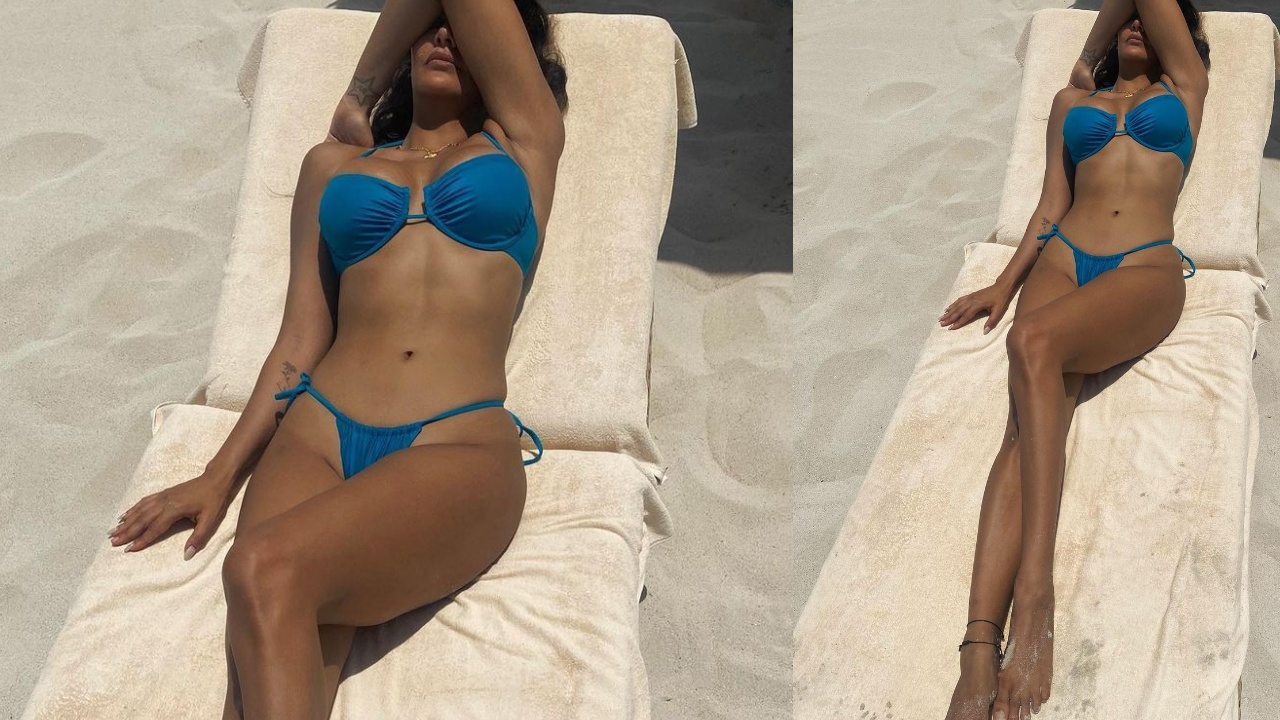 Now after the success of the ashram, Esha Gupta was seen relaxing in a bikini. She shared a picture of herself in a blue bikini on her Instagram. With this picture, Isha wrote – Daydreaming.

It is worth noting that while talking about her bold scene in Esha Gupta Ashram, she had told in an interview that it is only acting, and in this way, every scene is as difficult or as easy. She is very comfortable in front of the camera and hence she works hard in every scene. She did not feel uncomfortable at all doing bold scenes in the ashram too.

Esha Gupta is often seen talking about many issues in the industry, one of which is how the actress looks. Isha says we have agreed that the heroine’s color should be like this and figure should be like this. We have fixed standards for beauty.

Esha Gupta had said in an interview while talking about apartheid in the industry, we do not take long to call dark-colored heroines or those whose complexion is black, brown, or dark, but they are never called beautiful soon.

Talking about the figure in many interviews, Esha Gupta has told that we have taken the meaning of figure to be thin in this industry. This is the reason why heroines are not told what to do as soon as they are overweight.

Esha Gupta is extremely fit and through her Instagram, she tries to impress people through her fitness. However, Isha does not accept the meaning of body positivity as not being healthy. They say that if you are obese, because of your lifestyle, because of not being able to exercise, because of wrong eating habits, then you should improve it.

“Jos is a perfect leader to build on the incredible legacy,” claims ECB CEO Connor