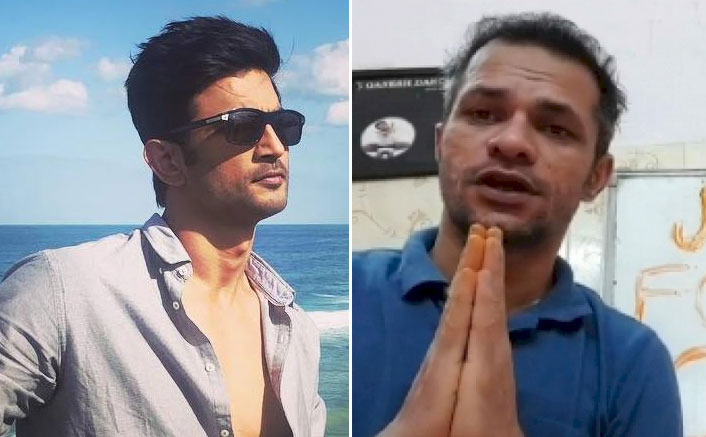 Ganesh Hiwarkar informed that after raising his voice against for the late actor Sushant Singh Rajput he got death threats: The Choreographer Said ‘life In Danger’.

Sushant Singh Rajput died on 14th June. And even today the late actor’s fans, close friends, and family members are fighting to get justice for SSR. From the suicide theory to the drug angle, everything was involved, but the real reason behind his death mystery has not been revealed yet. Meanwhile raising the voice some of the SSR warriors got down to streets. And also tagged the biggest leaders and stars online.

We all know that Sushant’s friends and family members are standing in support of him. But at the forefront is SSR’s friend Ganesh Hiwarkar. Who is continuously raising his voice against the killers of SSR. He also gathered support during his protest at Jantar Mantar in Delhi. However, it seems that his action is not going down well with those who were the reason behind the actor’s death. And Ganesh is now getting death threats.

Taking to his Twitter account he wrote: Two days ago a ‘girl from Central Ministry’ told me that his ‘life is in danger’. But I will come as Chhatrapati Shivaji’s son. Continuing further he also said he did not have any ‘enemies’, but if he is killed. It would be SSR’s killers. And therefore he urged the fans to ‘fight for him, Sushant and Disha Salian.’

He was also daring enough to share a strong message, by sharing a flight ticket to inform of his Mumbai return timings.

Rekha’s Birthday Special: From Vintage To modern She Is The Right Mix Of Both