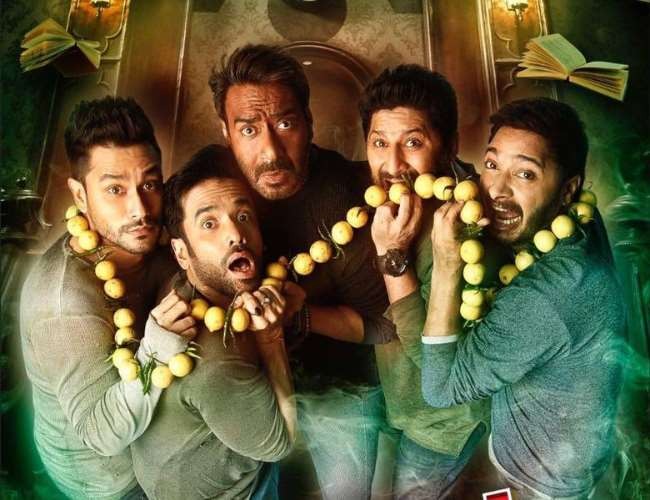 The film Golmaal Again will be released in Newzealand on 25th June. It would be the first film to release in theatres post-COVID pandemic. Also, the first Hindi film to get a re-launch. Sharing the poster filmmaker Rohit Shetty has announced its release.

After the Coronavirus pandemic, cinemas were closed in countries around the world. But it seems that life is now slowly coming back to the track. After the opening of malls and restaurants now its the turn of Theatres. New Zealand is one such country and now theaters are going to open there. Perhaps the cinematic opening in New Zealand will be from Ajay Devgn’s film Golmaal Again.

Reliance Entertainment gave this information by tweeting. The tweet reads – Kiwis are returning to theaters and Golman again became the first Hindi film to be shown after COVID 19. Cheers for this new beginning. Directed by Rohit Shetty Golmaal Again was released in 2017 in Diwali. The first series of this film manages to collect 200 crores and was one of the biggest achievements of Ajay’s career. Golmaal Again featured Arshad Warsi, Tusshar Kapoor, Shreyas Talpade, Kunal Khemu, Johnny Lever, Sanjay Mishra, Prakash Raj, and Neil Nitin Mukesh in the lead roles alongside Ajay Devgan. Parineeti Chopra played the female lead role in the film.

Rohit shared this information on Instagram and wrote – New Zealand has decided to re-release Golmaal Again in theaters. And it is the first film to be released after COVID 19 Pandemic. New Zealand is now COVID free and theaters are opening from 25 June with Golmaal Again.

Talking of Ajay Devgan’s films in 2020, Bhuj – The Pride of India and Maidan was scheduled to be released, but because of the shutdown of theaters due to Coronavirus pandemic, the entire schedule has deteriorated. There were discussions going on regarding the release of the films on OTT platforms. However, Ajay’s fans are not happy with this. And wants its theatre release. Therefore a few days ago he also campaigned on this in social media and demanded that the film to be released only in theaters.

Also, read Urvashi’s Action After A Fan Says Her A “Gold Digger”

Urvashi’s Action After A Fan Says Her A “Gold Digger”