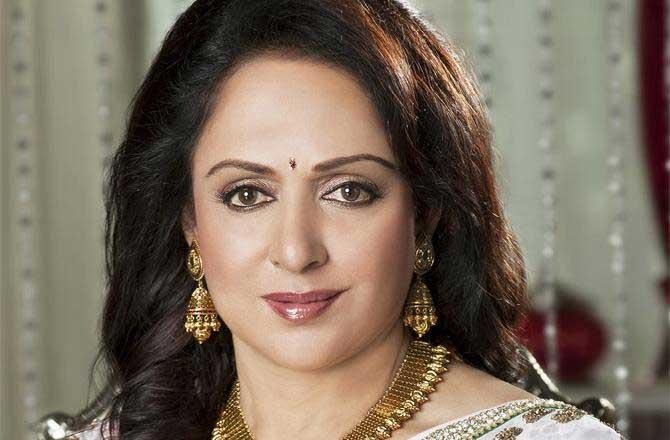 After Bollywood actors Amitabh Bachchan, there are rumors that actress Hema Malini’s health has also been deteriorated. But refuting rumors the dreamgirl has given replied by sharing a video.

Soon after the Bachchan family was found corona positive, the rumors about the health of Hema Malini also started circulating on social media. However, Hema’s daughter Isha Deol has broken the silence on these reports and told the truth. Isha has revealed the truth of this news by tweeting on her Twitter handle. She said that the veteran actor is keeping well. And refuted rumors surrounding the health of her mother Hema. Further on this Hema giving a response to the news has also posted a video. In the video, that is surfaced the actress is giving information about herself being fit. In the video, Hema is saying that by the grace of God I am completely fine.

Esha Posting on her twitter she wrote “My mother @dreamgirlhema is fit & fine! The news regarding her health is absolutely fake so please don’t react to such rumors! Thanks to everyone for their love & concern,”

After reading the Esha’s tweet, The fans of Hema are now quite relieved now. One of the users wrote  “God bless hemaji..lots of love to Hema Ji,” wrote one. “Stay happy and healthy Deol family,” Apart from this let us tell you that On Sunday morning, Hema also tweeted her wishes for Amitabh and Abhishek Bachchan after she heard the news of them being corona positive. Sharing the tweet for Amitabh Bachan she posted on twitter “Amit Ji has tested positive & has been admitted to Nanavati hospital. I pray for his well being & I’m sure that with all our collective prayers, he will come out of this safely,”

Also, read Once Doctors Declared Amitabh Bachchan As Dead After This Accident

Karan Patel Takes A Dig At Kangana Ranaut's For Her Nepotism