Filmmaker Madhur Bhandarkar Filed A Complaint Against Karan Johar: Know The Reason Why

Just a few days before the release of the web series ‘Fabulous Lives Of Bollywood Wives’, a statement from filmmaker Madhur Bhandarkar surfaced... 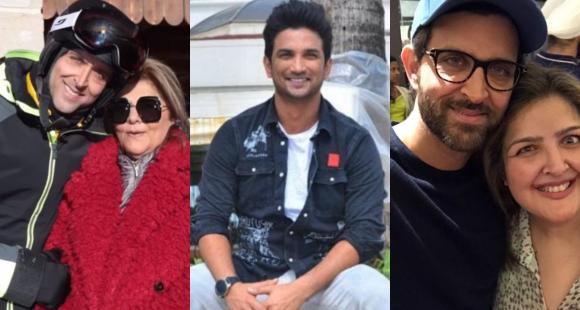 Giving her reaction in the case of Sushant Singh Rajput’s death, Hrithik Roshan’s mother Pinki Roshan said that everyone wants to know the truth but no one wants to be honest.

Bollywood actor Sushant Singh Rajput was found dead in his Mumbai apartment on June 14 under mysterious circumstances. In the early days, the case of the actor’s death was investigated by the Mumbai Police. But later after the FIR of the actor’s father, the Bihar police also proceeded with the investigation of this case. Meanwhile, family members, friends and fans of the late actor demanded justice for the actor.

The case was transferred to CBI on August 19. However, even four months after the actor’s death, Sushant’s fans have been holding prayer meetings and social campaigns, demanding justice for him. Meanwhile, Bollywood actor Hrithik Roshan’s mother Pinki Roshan has shared a post on Instagram handle in the case of Sushant Singh Rajput.

Pinky Roshan shared a picture of the late actor Sushant Singh Rajput with the post, which says, ‘Everyone wants to know the truth but no one wants to be honest.’ The actor’s case is currently being investigated by three investigating agencies, the CBI, the Enforcement Directorate and the Narcotics Control Bureau.

Let us tell you that , Sushant Singh Rajput’s sister Shweta Singh Kirti is asking all her fans to stay united. She has recently launched a new campaign #FeedFood4SSROct and urged fans of the ‘Kedarnath’ actor to feed the needy. Not only this, Sushant’s ex-girlfriend Ankita Lokhande also gave her support in these campaigns and Global Prayer Meet.