I am open to doing daily soaps, web series and films : Harsh Rajput

Harsh Rajput, who was last seen in Ekta Kapoor’s ‘Kuch Toh Hai – Naagin Ek Naye Rang Mein’, has been spending quality time with his family in Navsari, after his show wrapped up on March 21. Harsh says, “The Last two years were difficult and the pandemic has taken a toll on all of us. But I believe every cloud has a silver lining, due to the pandemic I got an opportunity to spend quality time with my family. We went to my home town Navsari (in Gujarat). After a long time I stayed there for a couple of months.”

He was naturally disappointed when his last show wrapped up in just one-and-a-half months. He says, “Honestly, I was a bit upset when I got to know that the show was going off air. Supernatural and shows revolving around naagins mostly connect with viewers. But every show has its own journey. I enjoyed the ride, that’s why I was not at all disappointed. Because of ‘Kuch Toh Hai’, I got an opportunity to associate with Balaji Telefilms and met some amazing people on set.”

Harsh has been doing singles and he also did a special episode of his TV show Nazar. He says, “Last year for the Ankahee Dastaan’s series our show Nazar was brought back in the format of a film. Thankfully, I got an opportunity to play half-human-half-devil Daavansh again. Naagin, daayan, pisachini, vampires were all part of Indian stories. These stories never cease to amaze us. Most of the supernatural shows cast a magic spell on viewers, that’s why they adore these shows.”

The hazel-eyed actor has been part of many TV shows like Nazar, Jaanbaaz Sindbad and Sapne Suhane Ladakpan ke. The actor wants to explore alternative platforms and does not want to restrict himself to any medium. He says, “As an actor, I don’t want to restrict my craft to a certain medium. I am open to doing daily soaps, web series and films. It is more about the role than the medium.” 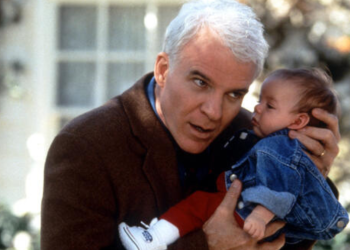