Namish Taneja, who was last seen in Aye Mere Humsafar says he believes in astrology. In the candid chat, the actor told us that he usually consult his astrologer before taking any important decision in his life.

When contacted, Namish said, “It is said that the position of the planets and stars in the sky influences our life. Since scientific testing has found no evidence related to astrology, I used to feel cynical about astrology. But then I met Anant Patwa ji, he literally changed my perception towards astrology.”

“Anand ji is a renowned astrologer. He explained to me how movements and relative positions of celestial bodies can influence us. Based on his knowledge and interpretation he had provided an accurate insightful analysis of my past. This left me spellbound. He predicted many things about my personal and professional life. Over the years, 99.9% of those predictions did seem to come true. Initially I was ignorant and used to pay no heed, but now I don’t take his advice lightly,” Namish affirmed.

He further added, “We share a beautiful bond, he is like a father figure to me. I consider him as my friend, philosopher and guiding angel.” 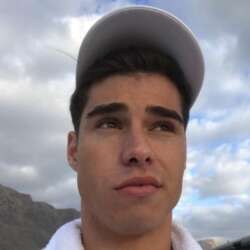 Recently Sonu Sood made headlines after the Income Tax department conducted a survey at the ...
By Arpita Mackelvy
September 15, 2021