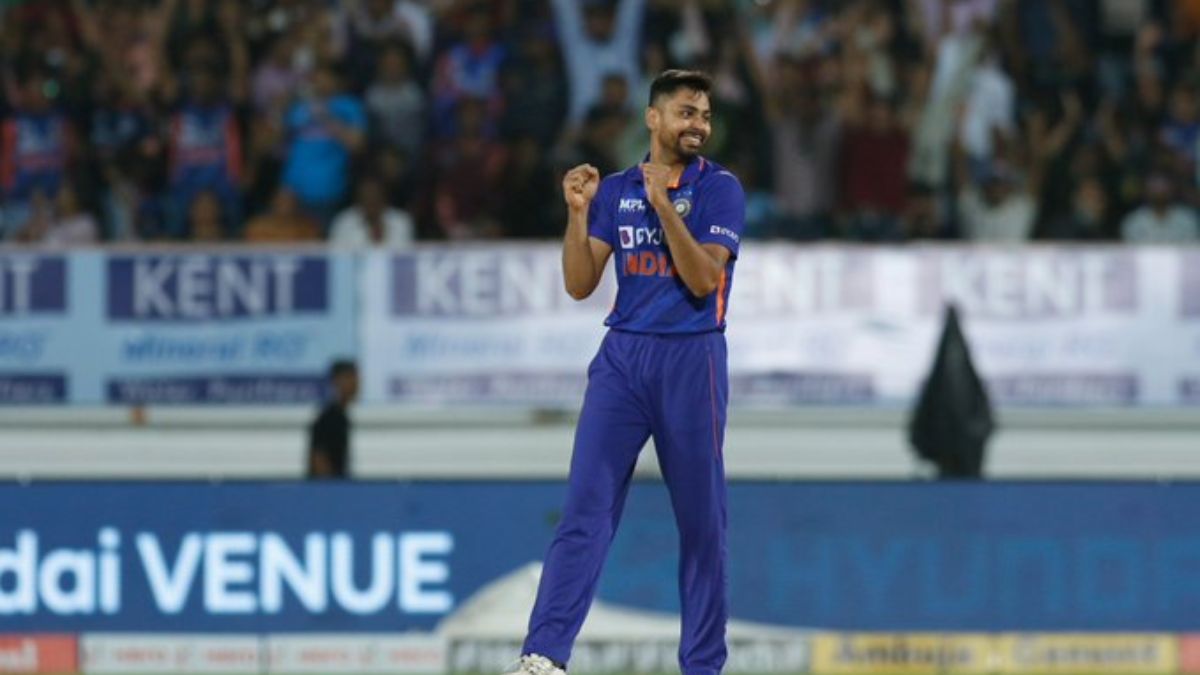 Indian pacer Avesh Khan along with every other player got another opportunity as India went unchanged for four consecutive matches which are rarely witnessed nowadays.

Skipper Pant decided to be tactical with the same team which perfect resulted in South Africa scoring their lowest T20I total and India defeating the visitors with dominance.

Only one name was roaring in Rajkot, which certainly was Dinesh Karthik’s but also Avesh Khan was cheered and appreciative in the second innings for his miraculous bowling.

Twitterati too went bizarre and netizens tweeted “Just when you decided to drop him, he picks four wickets.”

It was certainly tough for Avesh Khan to play in the fourth innings after going wicketless in the last three matches. Avesh conceded 35 runs in the first game, 17 in the second, and 35 runs in the third.

Avesh hopefully compensated for all the last three games as he took 4 wickets for 18 runs which also included 3 wickets in a row.

Avesh Khan during the match conference stated that it was a special night for him since his dad’s birthday has been more fortunate after witnessing his son take 4 wickets in yesterday’s match.

“ I am feeling really happy. It is my dad’s birthday and want to dedicate this performance to him. The plan was to bowl up and attack the stumps, it was a two-paced wicket with the ball bouncing and keeping low, so use the odd bouncer and bowl good lengths. I brought the fine leg in and pushed mid-wicket back, forced RvD to go after the length ball, Rishabh then told me to bowl the leg-cutter after I had hit Jansen with a bouncer and for Maharaj also I bowled a slower ball on the hard length. We are playing well as a team, fielding well most importantly and bowling well, we back each other and will enjoy the last game. Yes, the winner will take the series and it is going to be a good match, we will give our 100 percent.”

The player of the match conclusively went to Dinesh Karthik for a magical performance of 55 runs off 27 balls.

ENG vs IND: India cross 200 runs with Pant close to scoring a ton

ENG vs IND: Rishabh Pant and Ravindra Jadeja brings up a century partnership

Nathan Lyon enters into Top 10 of “Most Wickets” in Test