Home » News » Sports » IND vs SA: Know about the SubAir System which will suck the rain-water in no time 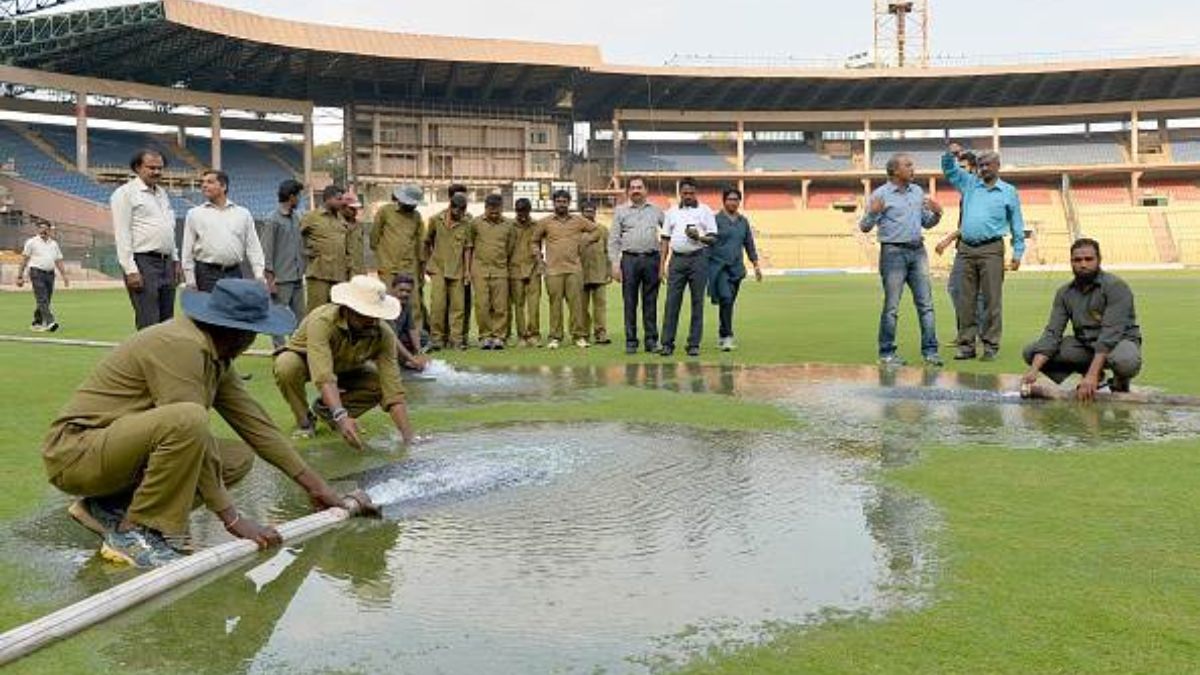 The covers came on before the match hardly began. As the teams walked out to start the game tonight but the clash was interrupted by just a drizzle.

The drizzles just get heavier and the teams have been informed to go back to their respective pavilions.

Bengaluru had been experimenting with overcast weather for some days and tonight the predictions were pretty possible for the rain to interfere with the series decider.

The game is set to be paused for a while and the ground has been entirely covered because of “too much rain”.

Chinnaswamy has reportedly installed a SubAir system which solves the major problem of sudden rain.

The Karnataka State Cricket Association (KSCA) decided to install the next-generation subsurface aeration and vacuum-powered drainage system from SubAir, USA at Chinnaswamy Stadium (Bangalore) after extensive research and technical evaluation, making it the first ever installation of SubAir Systems for Cricket stadiums worldwide.

IND vs SA: “It’s been challenging to get 6 captains in 8 months,” says Indian coach Rahul Dravid

OTDTY: India recalls its maiden World Cup win of 1983 on this day

Mayank Agarwal to join team India for the England Test