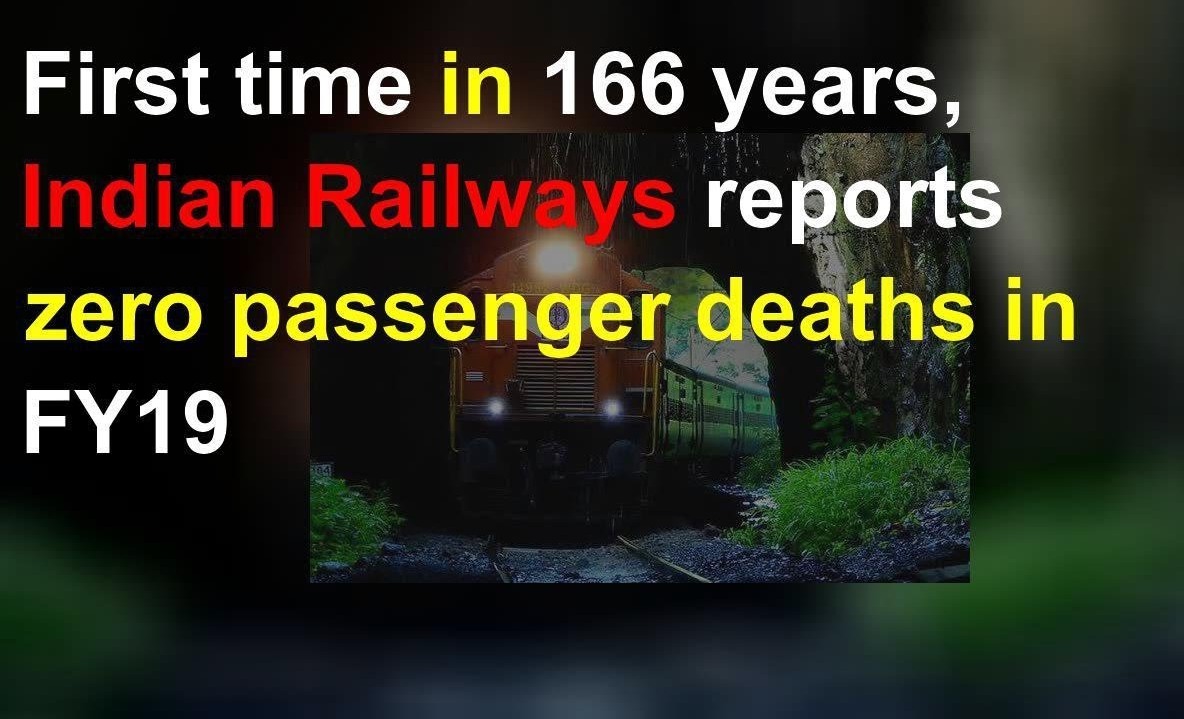 In its 166-year-long history, Indian Railways has reported the financial year 2019-20 as its safest year, which has marked a big achievement as per the safety front.

In another tweet, Railway Minister Piyush Goyal said that ‘Integration of railway services will lead to significant improvements in railway facilities, working style, and decision-making process. This decision is a step in the direction of our resolution to provide world-class railway services, this will make the railways better and contribute more to the development of the country. On 6 December, the Delhi High Court sought response from the Center on a petition seeking to maintain the highest standards of safety and security measures at all railway stations across the country. In the last month i.e. in November itself, the Ministry of Railways claimed that the railway tracks are being modernized to improve safety.

One of the major safety achievements for the railways in recent times has been getting rid of all unmanned level crossing on its network across the country, which could be a major step towards avoiding the rail accidents.