Air travel has become a common thing in today’s time, but there was a time when flying in the air was just a dream for people. But science and human intelligence made this dream come true. In such a situation, do you know when common people traveled by plane for the first time? Who was the pilot who flew that plane? How much did people pay for traveling there? If not then today we are going to tell you about it.

This story is from about 107 years ago today. When the world’s first passenger plane took off on 1 January 1914. At this time the plane was flying between two cities in Florida, USA. Those two cities are St. Petersburg and Tampa. To complete this journey, the aircraft had covered an air journey of about 34 km.

The name of the pilot who flew this plane was Tony Jannus, he was an experienced pilot, but he had flown a passenger plane for the first time. There was a seating area for a pilot and a passenger in this plane. For this, a wooden seat was installed in it. In which the pilot and the passenger could sit side by side.

On the first day of the year 1914, a passenger plane was about to fly for the first time, then its ticket was auctioned, because only one passenger seat was in the plane and everyone was fond of traveling by air. This ticket was bought by a person named Feel who was in a warehouse business. He bought it for $400.

This Dangerous Component Found In Bread, Mayonnaise And Chewing Gum, Can Take Your Life

Have You Imagined Doing Incredible Work With The Bananas? If Not! Take a Look

5 Famous Places In The World Where Womens Are Not Allowed

We Indians love to make records, then if we talk about Guinness Book of World ...
By Shavvy
October 21, 2021

The decades-old friendship of India-Nepal is discussed many times. Often the news of differences between the two countries ...
By Arpita Mackelvy
October 21, 2021

There were shock waves around the entire nation when superstar Shahrukh Khan’s son, Aryan Khan, ...
By Arpita Mackelvy
October 8, 2021 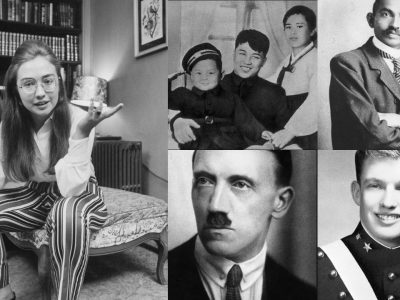 In today’s article, we have brought something for you that will make your day. You will ...
By Shavvy
September 16, 2021