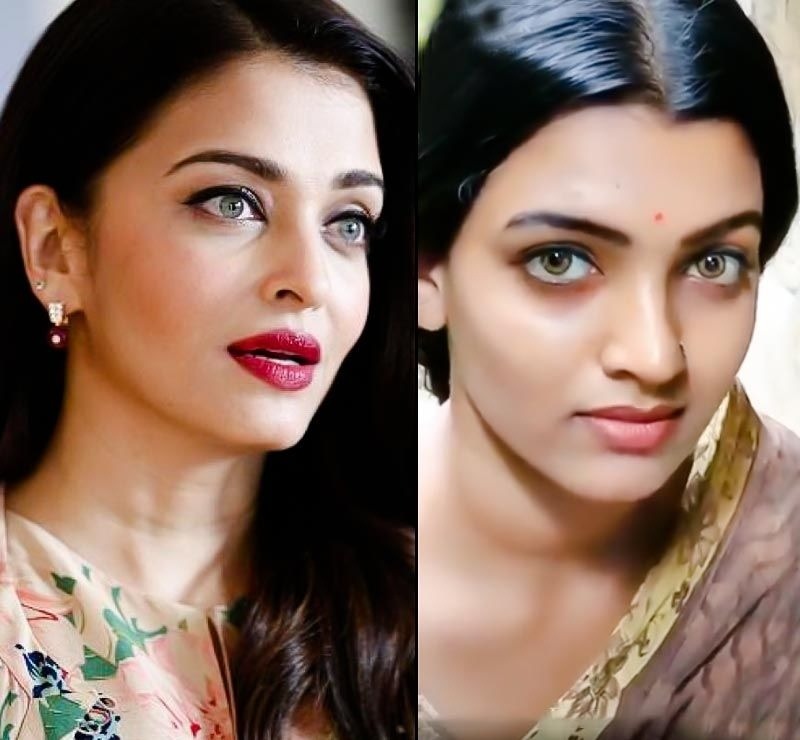 The Internet has found another blue-eyed beauty who seems to be a doppelganger of Aishwarya Rai. The internet got surprised after photos and videos surfaced.

Aishwarya Rai Bachchan is one of the most beautiful actresses in the Bollywood industry. These days even when the actress is away for quite some time. She manages to grab the headlines with her amazing beauty and fine features. But these days doppelganger of Aishwarya Rai is buzzing up the internet. Yes, you heard it right. After Mansi Nayak and Mahlagha Jaberi, another lookalike of Aishwarya Rai Bachchan is dominating the internet. Her name is Ammuzz Amrutha. She currently has 1.2 million followers on TikTok and 186000 followers on Instagram.

Talking about her talent, we would say that Amrutha not limit herself to only Aishwarya’s films, but also mimic popular songs from the South. On the social media platform, she recreates many scenes of Aishwarya Rai and posts videos. But mostly, the scenes are from South Films. Apart from this, she was also seen in many commercial ads.

In the videos shared below Aishwarya’s lookalike, Amrutha is seen speaking the dialog of her South films. Her Instagram page suggests Amrutha is a model that is occasionally seen in advertisements for ethnic wear. Soon after she uploaded the video on her social media profiles fans went crazy over her similarity with Aishwarya. The video has now been doing the rounds on the internet.

Earlier, a video of Marathi film industry actress Mansi Nayak appeared in which she looked like Aishwarya. She has 943 thousand followers on Instagram. And four million people are following on tick-talk, whereas her another lookalike who is  Mahlagha Jaberi has an impressive fan following of 2.7 million on Instagram, A report in Mensxp even claims Mahlagha was named the world’s most beautiful woman after a poll.

4 Boyfriends Of Birthday Actress “Ameesha Patel” And Her Love Secret

4 Boyfriends Of Birthday Actress "Ameesha Patel" And Her Love Secret