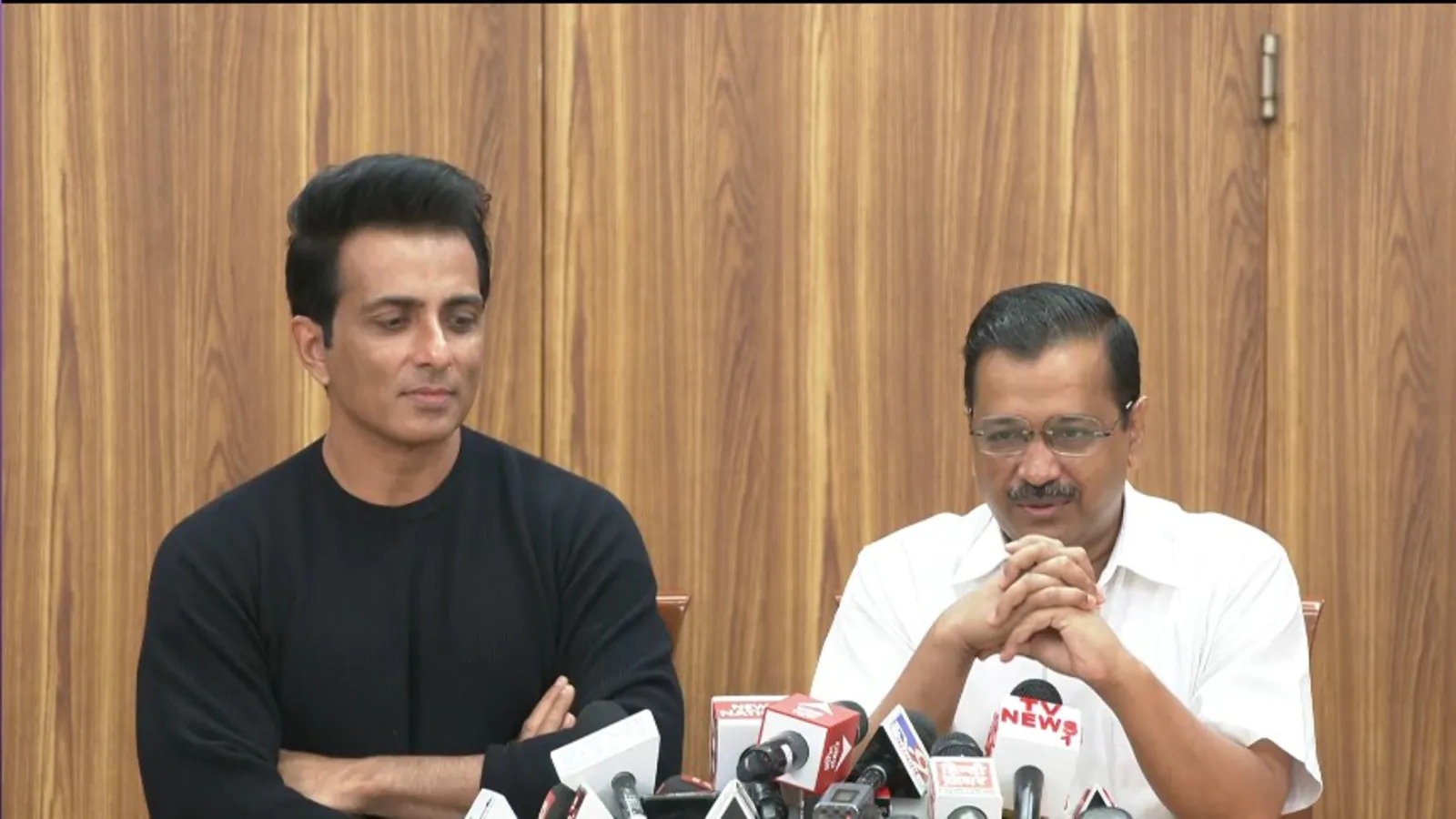 Bollywood actor Sonu Sood met Delhi Chief Minister Arvind Kejriwal on Friday, after which there is a discussion in the political streets that Sonu Sood may soon become a part of politics. Not only this but it is being said that the actor can also campaign for the Aam Aadmi Party during the Punjab Assembly elections. But in the meantime, Sonu Sood has given his explanation for joining politics.

Sonu said on the meeting with Kejriwal that, “Arvind Kejriwal has decided to make him the brand ambassador of the country’s mentor scheme, in connection with this he had met.” He said that “People always tell him that if you are doing good work then come into politics. But you don’t need to enter politics to do good work. Yes, the offers keep coming but I never thought about it. There was no talk of politics between me and CM Kejriwal.

Apart from this, when Sonu Sood was asked, what will be the role of AAP in the Punjab Assembly elections? So to this Sonu replied, “No one wants to discuss politics and neither do I want to enter politics. Right now I have got the opportunity to guide lakhs of children, there is no greater service than this. People are also feeling that the work has been done well in the field of education in Delhi.

At the same time, CM Arvind Kejriwal said that Sonu Sood will guide the children studying in the school. The scheme will be launched by September and its brand ambassador will be Sonu Sood. Kejriwal has also appealed to the people to join with this scheme. During this, Kejriwal also praised Sonu Sood a lot. He said, “Sonu Sood has become an inspiration to the people. They are also helping people a lot through social media. There are many such works that the government is not able to do but Sonu Sood is doing it very well.

Let us tell you, Sonu Sood helped many people in Coronavirus and got them out of the mouth. At the time of Corona, Sonu used to get ready to help the needy with just one tweet. After this, only a campaign of help had started. Sonu started helping many people along with his team. Sonu made arrangements for the movement of the laborers, food, and drink, business, and treatment. Sonu gets a lot of love and respect from everywhere today because of his helping nature.

Vir Das Gets Into Trouble After Defameing India In America

Nora Fatehi posted a BTS video of her latest song. In which she talked about ...
By Arpita Mackelvy
November 23, 2021

Thanks to her ten-minute version of the song “All Too Well, being Taylor Swift‘s eighth ...
By Shavvy
November 23, 2021

From Drake To Eminem: List Of Richest Rappers In The World

There are so many rappers around the world who are experts in creating some great ...
By Arpita Mackelvy
November 23, 2021

According to recent reports, it is being told that Shah Rukh Khan’s legal team is ...
By Arpita Mackelvy
November 22, 2021

The City Where Everything Is Painted In The Color Of Purity, But 40% Of The Drug Trade Comes From Here