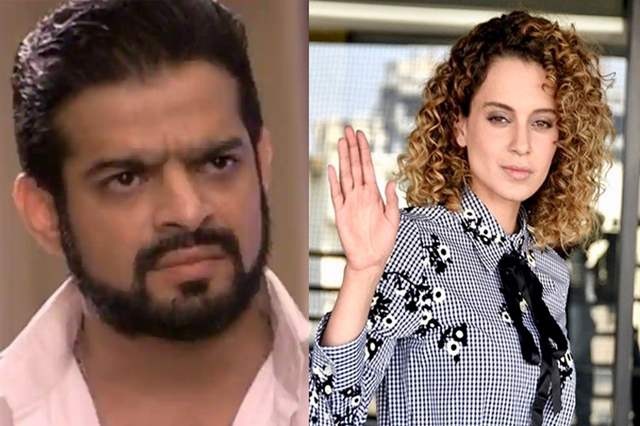 Without revealing the name of the actress Karan Patel indirectly took a dig at Kangana Ranaut over nepotism. This is what he said about the ongoing war on nepotism.

After Sushant’s Singh death there is a lot of discussions about nepotism. Amid of this the actress who is most targetted on this topic is Kangana Ranaut. The actress was seen discussing this topic much before Shushant’s death. But now it seems that his demise has given fuel to the fire on this topic. From newcomers to common man all are discussing this topic. However, taking a dig at Kangana’s nepotism topic actor Karan Patel has now kept his views.

In an interview with media Karan said that he does not see any reason for the nepotism debate behind the actor’s death. He said that even the people who don’t has any connection with this topic have suddenly jumped and are using the opportunity for their own benefit. Which is quite awful. He further without taking the name of Kangana said that an actress these days is talking a lot about nepotism. If I am not wrong, she came up with her own production house also. But if she is so concerned why didn’t she cast Sushant in her film if she’s such a big star. He also said pointing Kangana that I have never seen her working with a new director or an actor.” continuing her conversation he said that if the actress has such a big heart why don’t her production house pick a new actor or director. He said that the actress should first follow her own rules and then we will listen to her.

Let us tell you that Kangana launched her own banner, Manikarnika Films, a few months ago. The first film to be produced under the banner is titled Aparajitha Ayodhya. That will showcase the issue of Ram Janmabhoomi-Babri Masjid disputes. It will be scripted by KV Vijayendra Prasad.