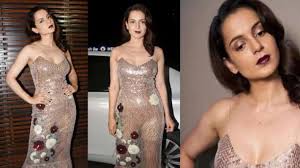 According to an IANS report, a month ago, L Ramesh Naik, a lawyer from Karnataka, had lodged a complaint against Kangana Ranaut. After which, only last week, the Karnataka court had ordered Kangana Ranaut to appear.

L Ramesh Naik believes, ‘Kangana Ranaut has made a mistake by giving a statement on the farmers’ bill. Farmers are protesting against injustice. This does not mean that a poor farmer should be compared to a terrorist. The case has been registered against Kangana Ranaut under sections 44, 108, 153, 153 (A), 504 of the IPC for insulting farmers.

Also read Attention! These People Will Get Free Tickets In PVR