Payal Rohtagi and Gauhar Khan had an ugly fight on Twitter over Article 370 in Jammu and Kashmir recently. It all started when Payal Rohtagi made a tweet against section 370. Gauhar replied to her tweet and the saga of dirty fight started. Payal went personal and pointed out her relationship with a Hindu actor Kushal Tandon. To let you know, Gauhar Khan was accused of forcing Kushal to convert into Islam and this reason came out as the reason behind their breakup.

Here are the tweets made by Payal and Gauhar, take a look below:

Here’s how Payal replied her,

After getting these personal comments, Gauhar blocked Payal on Twitter and started tweeting alone on the topic.

But to everyone’s surprise, it was Gauahar’s ex-boyfriend Kushal who came to support her and wrote an open letter to Payal for taking a jibe on his relationship. He captioned the post as, “@GAUAHAR_KHAN to whome so ever it may concern.”

Looking at Kushal’s reaction on the whole incident, Gauahar couldn’t control herself and tweeted, “I love you ! @KushalT2803  thank u !

Gauhar fell in love with Kushal during their stay in Bigg Boss 7 house. But just after the end of the show, they broke up. They had an ugly breakup and the reason for their breakup was reportedly because Gauhar pressurised Kushal to convert into Islam. 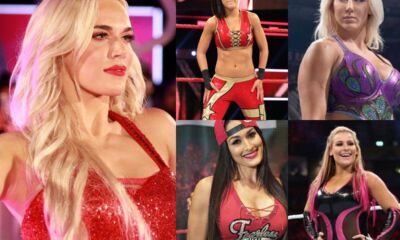 We all know Shahid Kapoor for his well-known romantic image by his work in the film industry. Shahid was born...

Top 10 Earning Movies In The History Of Bollywood

Top 10 grossing movies in Bollywood: Breaking records of Box Office is the dream of every filmmaker. There are many...

AB Aani CD: Big B Shares The Teaser Of His First Marathi Movie

Amitabh Bachchan has recently shared the teaser his first Marathi film ‘AB Aani CD’ on his Twitter account. He wrote, “Did...