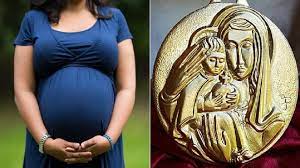 Get government allowance every month

Raushan Kozomkulova, a Kazakhstani, is the mother of 10 children, so she has both silver and gold medals. She is proud of this achievement. There are eight girls and two boys in their house.Let us tell you that after getting the gold medal, she is entitled to government allowance throughout his life. At the same time, Baktigul Halykbaeva has six children. For this she has got a silver medal and gets government allowance every month.

We need more children in our country: Aksana

According to reports, mothers who do not win medals can also get government assistance.Families with four children are also given the allowance until the children are 21 years old.”Our government policy is that we need more children in our country. Everyone always talks about having more children, which will make our population bigger,” says Aksana Eluseova of Kazakhstan’s Department of Labor and Social Programs.

The Soviet Union started the system of medals

The practice of awarding medals and giving financial help to mothers started during the time of the Soviet Union. The ‘Mother Heroine’ award was instituted by the Soviet Union in 1944. It was given to families with 10 or more children.

Compared to the Soviet Union, this award is also available to small families in Kazakhstan, as keeping the birth rate high is a priority for the government of Kazakhstan.To be called a Hero Mother, it is now necessary to have at least four children.Apart from this, the government also gives financial assistance to pregnant women and single mothers. Women who have less than four children do not receive any monthly payments.

Did Priyanka And Nick Really Welcomed A Baby: Here’s The Reality