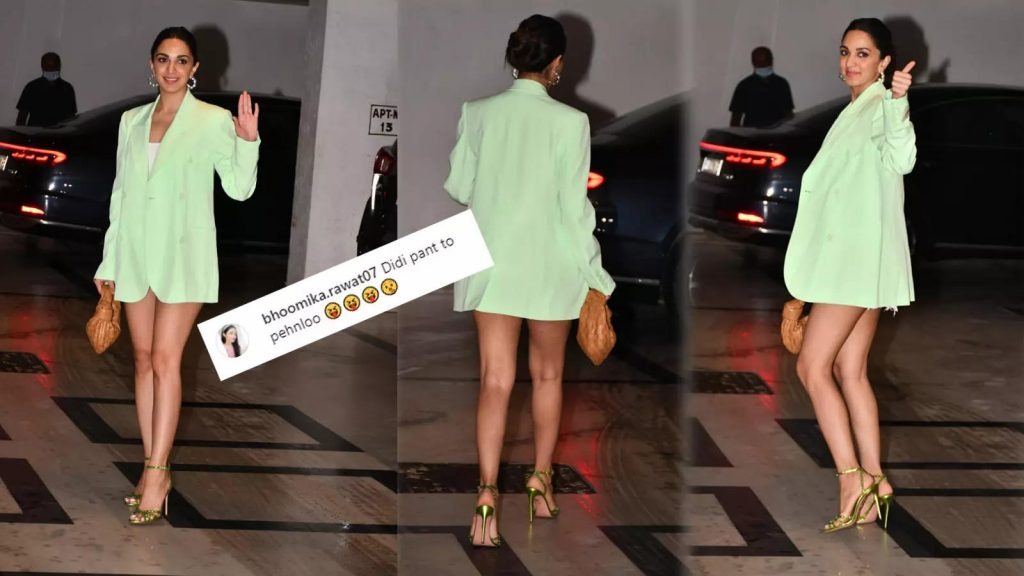 In the past, Anil Kapoor, Neetu Kapoor, Varun Dhawan, and Kiara Advani’s film ‘Jug Jugg Jeeyo‘ was released on the big screen. This film was liked by the audience. This film was successful at the box office. Recently a success party was held on the success of the film.

All the actors who were seen in the film attended the success party of ‘Jug Jugg Jeeyo‘. During this, Kiara Advani’s very glamorous and bold style was seen. Kiara Advani reached the party in a very bold style. Whoever looked at her, just kept looking at her. Let us tell you that the success party of ‘Jug Jugg Jeeyo’ was organized by the producer of the film, Karan Johar at his house.

Kiara reached the party wearing a water-green color blazer. Although she did not wear pants with a blazer. She was seen without pants. Kiara was not wearing anything below. Now her look has been in a lot of discussions on social media. Some are trolling her and some are appreciating her look.

Kiara’s pictures and videos are going viral on social media. Kiara’s video has been shared on Instagram by famous celebrity photographer Viral Bhayani. The video has got more than 58 thousand likes till the time of writing this news. After watching the video, a user commented and wrote, “Where did sister forget her pants”.

Let us inform you that just before ‘Jug Jugg Jeeyo’, Kiara gave the superhit film ‘Bhool Bhulaiya 2’ with Karthik Aryan.

On the other hand, Kiara is now going to be seen in the film ‘Govinda Naam Mera’ with actors Vicky Kaushal and Bhumi Pednekar.

Aamir Khan talks about his dream project ‘Mahabharat’, says he has not given up on this film