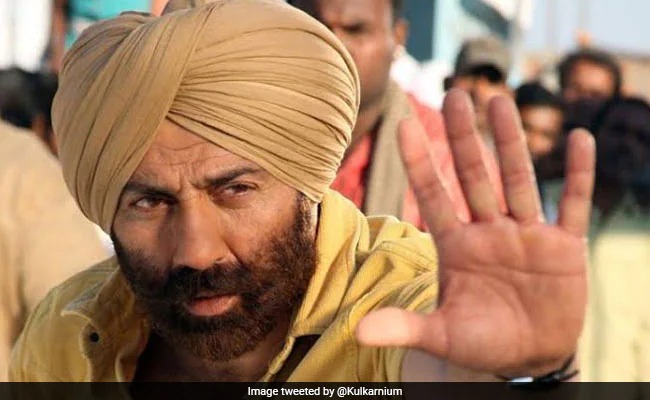 Do you know that Sunny Deol once ripped his pants off because he got angry over the climax of the film Darr. Read to know what exactly happened.

Many of us might remember the 90s film, Darr. It was the movie in which Sunny Deol played an important role, While Shahrukh prayed a negative role in the film. The film was no wonder, was a hit. And garnered a lot of praise. But do you know that after the film got released? Both Sunny and Shahrukh did not speak to each other for 16 long years? And the reason behind this was the role that was offered to the actor. According to Sunny his role was not portrayed properly. And Shahrukh managed to take over the canvas.

In Yash Chopra’s Darr, Sunny also had hot talks regarding this role and also got angry over the climax. He was so angry that he ended up ripping off his jeans. This incident was revealed by Sunny after he appeared on the show Aap Ki Adalat. Recalling those days, he spoke about the incident. And revealed that how unsatisfied he was with the climax of the film. And how frustrated he got over the matter.

In an appearance on Aap Ki Adalat, The actor said, “I had a heated discussion with Yash Chopra regarding that scene. I tried explaining that I am a commando officer in the film. My character is an expert and fit, then how can this boy beat me easily? He can beat me if I can’t see him. If he can stab me while I am looking at him, then I won’t be called a commando,”

Talking about his differences with Shahrukh he said “It’s not that I didn’t talk, but I just cut myself off, and I anyway don’t socialize much. So we never met, toh baat karne ki baat he nahi hai,”. The film got released in 1993 when Sunny was at the peak of his career. And Bollywood superstar king khan was still making its place. However, his anti role gave him a lot of popularity and soon Shahrukh’s dialogue “K-k-k-k-kiran” got quite popular.

Also read, Unbelievable Strange World Records That Are Made By Ordinary People Like Us