by Arpita Mackelvy
in World
Reading Time: 2 mins read
A A 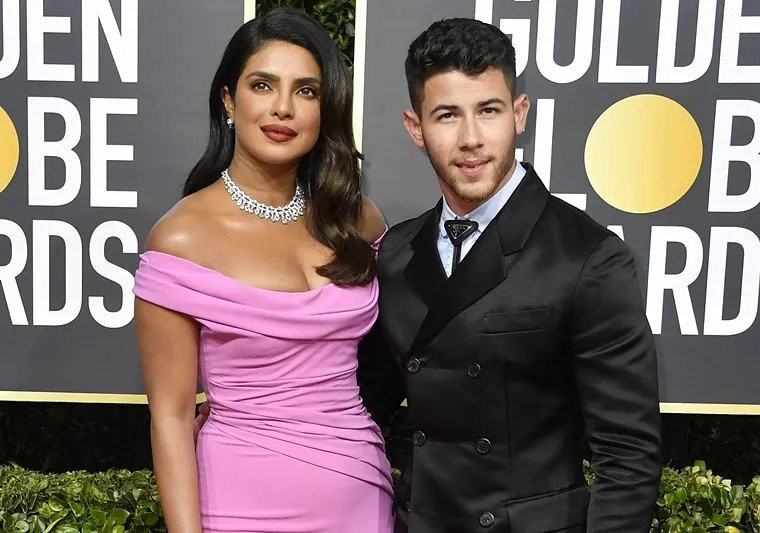 Priyanka Chopra alongside husband Nick Jonas attended the Golden Globe Awards at the Beverly Hilton hotel in California on Sunday evening, which was supposed to be the 77th edition

Golden global awards 2020 was an event that took place on Sunday where whole of the Hollywood gathered under one roof. This gala event was hosted by the foreign press association to celebrate and award the finest performance of the year gone by. The names that were nominated for the award were Scarlett Johansson, Rami Malek, Helen Mirren, Brad Pitt, Leonardo DiCaprio, Joaquin Phoenix and many more in attendance.

Alongside many Hollywood stars, our desi global icon Priyanka Chopra was shining to the core walking with her husband Nick Jonas on the red carpet. Priyanka was seen wearing a pink off-shoulder strapless gown that was lavish yet simple pink, donned with a diamond necklace. Priyanka completed her looks with shimmery eye makeup and maroon lipstick. Nick complemented her outfit with an all dark piece. He was seen wearing a light blue shirt underneath a black tuxedo. He matched his entire attire with black color going with black shoes and the same colored tie.

Pictures of Priyanka and Nick flooded the social media as they made their red carpet entry. Let’s have a glimpse of the photos straight from the event.

Kirti Kharbanda Goes Desi With This Gorgeous Indian Attire: Have A Look At Her Stunning Traditional Stills

Pele pleads Putin to “Stop the pain, fear and terror”

Does China have a hypersonic missile?

Kirti Kharbanda Goes Desi With This Gorgeous Indian Attire: Have A Look At Her Stunning Traditional Stills