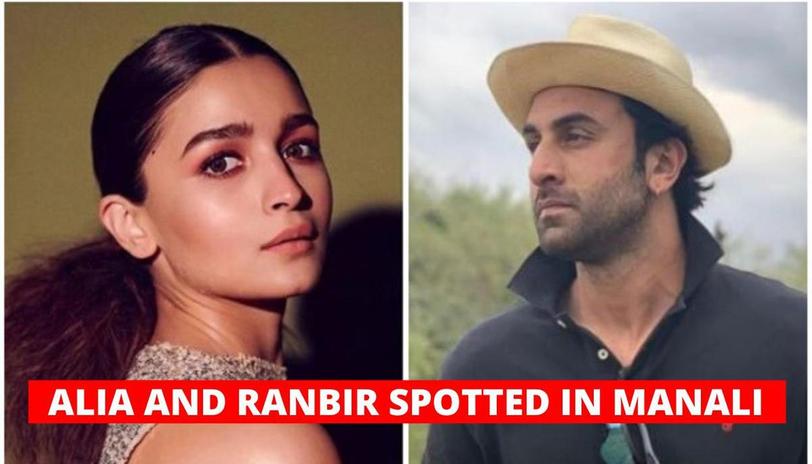 Alia Bhatt and Ranbir Kapoor are one of the highlights of Bollywood at this time. The news of the relationship between both of them is making headlines in the media. The love birds are all set to be seen sharing the screen for the first time with Ayan Mukerji’s upcoming superhero film ‘Brahmastra’.

Recently, the crew ‘Brahmastra’ was seen working on their upcoming project in the hills of Himachal Pradesh, where Alia and Ranbir received a warm welcome over there. Photos of both of them in Manali has gone viral on social media. Alia and Ranbir are seen in the Himachali style in photos wearing traditional Manali cap and a muffler, along with the bouquet of flowers. According to the reports Actress, Moni Roy also reached Manali with Ranbir-Alia. Amitabh Bachchan will reach Manali on 27th as per the media sources. Due to poor health, the weather of Manali may cause problems for Amitabh, but the unit has made special preparations for his health.

The film revolves around Shiva, a reluctant hero who heads on a path of self-discovery where he not only finds himself but also finds love and rises above the dark forces that are trying to hold him back. There is a lot of buzz surrounding the film and the fans are eagerly waiting to see their favorite couple Ranbir and Alia together for the first time on screen. The film is being made under the banner of Dharma Production and the shooting will begin in Manali from 26 November. Shooting will be done for 2 weeks in places like Solanganala, Gulaba, Hamta, Naggar and Raison including Rohtang’s litigants. Amitabh Bachchan is playing the lead role in the film and Mouni will be seen playing the negative female lead for the film.