Jesus Christ is our Lord and Saviour. He was a Jewish preacher and religious leader who became the central figure for Christianity. Christians... 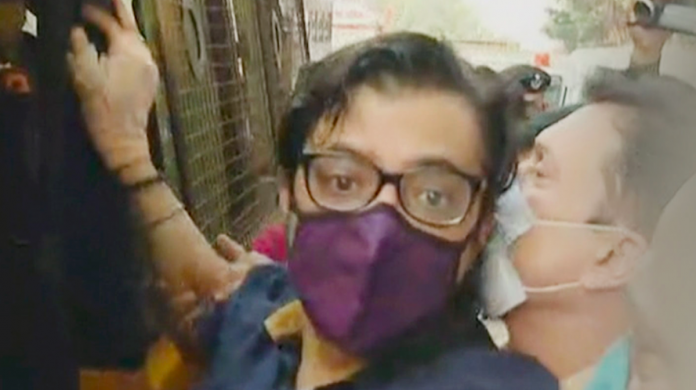 Arnab Goswami, editor-in-chief of ‘Republic TV‘, has been arrested for allegedly abetting a 53-year-old interior designer for suicide. In 2018, an architect and his mother allegedly committed suicide due to Arnab Goswami’s non-payment of his dues by Republic TV. After Arnab’s arrest, the Maharashtra government is constantly being questioned. However, the family says they want justice. Agya Naik, the daughter of suicidal architect Anvay Naik, accused Arnab of suppressing the investigation.

The daughter of the victim’s family said, ‘The case was closed under the influence of Arnab. Pressure was put on my father, he was threatened. The wife of the deceased said that the first government did not take any action in this matter. I would not like to name anyone. He should be punished. His journalism license should be taken away.’

Agya Naik said, ‘We had sent applications to many people including the Prime Minister’s Office and the Superintendent of Police in regard to get justice for her father. The deceased’s wife Akshata Naik said that she is grateful to the Maharashtra Police for taking action against Goswami. She said, ‘Maharashtra police is well competent to investigate this matter. My husband wrote the names of three persons including Arnab Goswami in the suicide note, but no arrest was made then. They committed suicide because the accused did not pay their proper dues.’

The police had said that Anvay Naik, the owner of ‘Concord Designs Pvt Ltd’, wrote in the suicide note that Goswami, Firoz Sheikh of ‘iCastex / Skimedia’ and Nitish Sarda of ‘Smart Works’ were the reason for non-payment of outstanding dues. He is committing suicide. Naik was to be given Rs 83 lakh, Rs 4 crore and Rs 55 lakh by these three companies respectively.

In May this year, Maharashtra Home Minister Anil Deshmukh announced that he had received a complaint from Agya Naik after which he ordered a re-investigation into the case.