Bayern Munich star and Polish hero Robert Lewandowski wants to leave the club at the earliest and hopes that the club would respect his decision and wouldn’t interfere in his interest in changing the club.

A significantly successful season at Bayern Munich did not help Lewandowski’s desire to change as he states “something died inside me”.

The Polish striker was in rumours of getting transferred to FC Barcelona after the fans were assured that he would be bidding bye to Allianz Arena.

“I only want to leave Bayern. Loyalty and respect are more important than work. The best way is to find a solution together,” says Robert to OnetSports

“Something has died in me, I want to leave Bayern for more emotions in my life”.

Transfer News: Ten Hag eyes on De Hong, convinces him to be a “Red Devil”

SL vs AUS: Australia makes a lethal comeback as Hazlewood strikes 3 wickets in an over 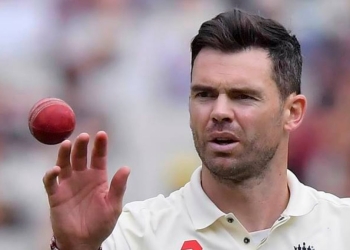 SL vs AUS: Australia makes a lethal comeback as Hazlewood strikes 3 wickets in an over

SL vs AUS: Alex Carey misses out on half-century after a miss-hit forces him to go back to the pavilion

INDW vs SLW: Indian captain Harmanpreet Kaur struggles for a good start; plays with a strike rate below 100