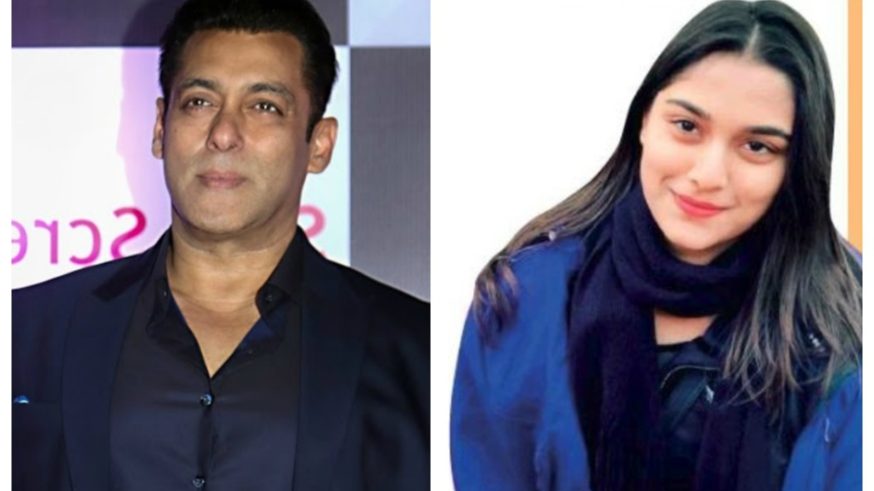 Mahesh Manjrekar played the role of Salman Khan’s father-in-law means Sonakshi Sinha’s father in Dabangg in 2010. Now his daughter Saiee Manjrekar will be seen in the third part of the film Dabangg 3 as Salman’s love interest. According to the reports, ‘Dabangg 3’ is a prequel, in which the story of how Chulbul Pandey (Salman Khan) becomes a police officer will be shown. It will also focus on his college life, where Saiee’s character falls in love with Chulbul Pandey. However, the story of Chulbul is full of struggles and scuffles with his present problems.

Reports have claimed that Saiee has completed most of his shooting schedule. There is also a song in which she will be seen romancing with the 53-year-old Salman Khan. It is also being said that earlier Saiee’s elder sister Ashwini was selected for this role. But she was not interested in making a career in acting so she refused and advised her sister Saiee to do this role. To let you know, Mahesh Manjrekar is a very good friend of Salman Khan.

Dabangg 3, which is releasing on December 20, 2019, is directed by Prabhu Deva. Like the previous two franchises, this time also Sonakshi Sinha will be seen in the role of Salman’s wife, Dimple Kapadia as a mother, Arbaaz Khan as a brother and Mahi Gill as a sister-in-law. Vinod Khanna, who played his father Prajapati Pandey, has died. So now his role will be played by Vinod Khanna’s brother Pramod Khanna. South Indian actor Sudeep Sanjeev will be seen in the role of a villain in the film.

For The First Time in The 25th Bond Film A Black Female Actor Will Play ‘007’, Receives Backlash on Twitter

For The First Time in The 25th Bond Film A Black Female Actor Will Play '007', Receives Backlash on Twitter

IRE vs IND: Harshal Patel manages to send Andrew Balbirnie back to pavilion

“No excuses,” tweets N Jagadeesan for his unacceptable behaviour in TNPL

“If England has Ben Stokes, India has …,” Sanjay Manjrekar names his key player for the England test