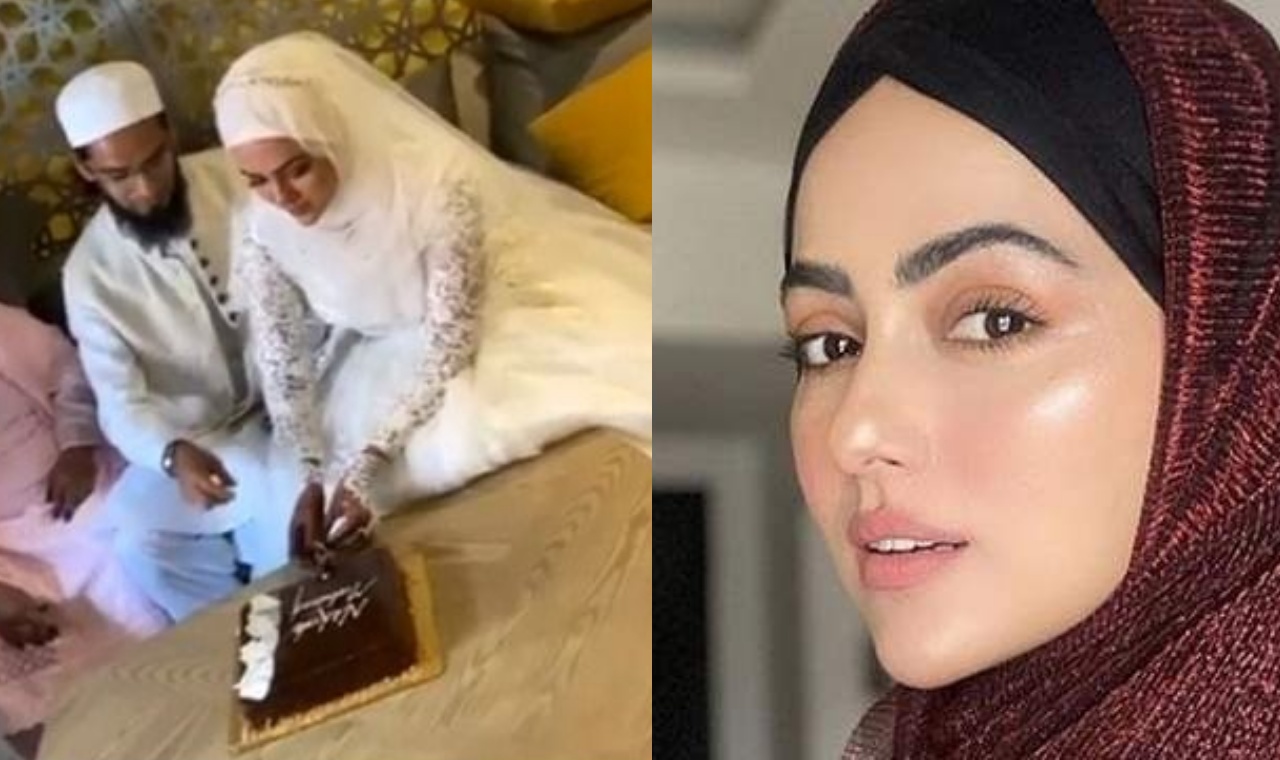 Sana Khan, surprised everyone after the news came that she got married to a Gujrat based man named Mufti Anas in an intimate ceremony.

Ex- big boss fame Sana Khan who also appeared in many films, like Wajah Tum Ho’, ‘Jai Ho’. Announced in October this year, that she is quitting the show business. And will serve humanity. Even some videos about the same also surfaced on the internet. However, a month later after her announcement, she surprised everyone after the news came that she got married to a Gujrat based man named Mufti Anas in an intimate ceremony. And now after the news came up it made rounds on the internet as the netizens are surprised to know about her decision of getting married.

Meanwhile, a video of her marriage is also going viral in which she is seen all dressed in a white gown, walking along with her husband Mufti. And no wonder the actress was looking stunning in her fairytale gown, not only she but her husband was also dressed in all white kurta and Pajama. In the short clip, both are seen walking down the stairs and also cut a cake on a special occasion.

Watch the Video Below

Not many of you know that Sana was earlier dating choreographer Melvin Loius. But due to some reason, the relationship could not go a long way and they parted their ways. Even their photos and videos were all over the news and internet. Also, she grabbed headlines. When the actress announced that she will be no longer a part of the show business. Infact taking to her Instagram account Sana Khan made an announcement that she has quit the glamour world.

Posting the video she wrote “When I searched for the answer to this question in my religion, I realized that this life in the world is actually for the betterment of life after death. And it will be better if the slaves live according to the command of his Creator. And doesn’t make wealth and fame his only goal; rather, he/she should avoid sinful life and serve humanity, and follow the path shown by his/her Creator.”