9 Naughty Wedding Photos Of All Time

As we all know three things that dominate the market are Films, Sports and Weddings. Hope you are all done picking up... 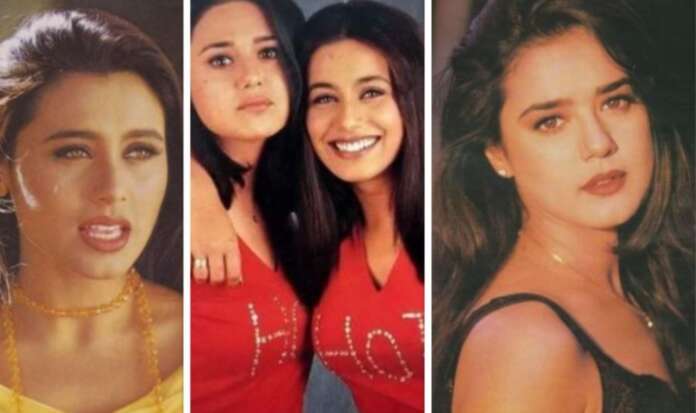 In Bollywood, relationships break up much faster than they do rise. There is no doubt that the film industry is like a family, but there is a lot of factionalism in this family. On the other hand, whenever there is more than one actress in a film, it is very common for them to have misunderstandings. It is said that two actresses can never be friends with each other. However, this Bollywood saying has been proved wrong by many actresses. Some of those actresses used to have the names of Rani Mukherjee and Preity Zinta.

Preity Zinta and Rani Mukherjee, who were among the top actresses of the 90s and 2000s, worked together in many films and in the meantime, the two became close friends. Let me tell you that Preity Zinta and Rani Mukherjee worked together in great films like ‘Chori Chori Chupke Chupke’, ‘Veer-Zara’, ‘Kabhi Alvida Na Kehna’. But Preity and Rani’s friendship soon caught the eye of the world.

We all know that Rani Mukherjee is the cousin sister of actress Kajol, i.e. she is not alone in the film industry. Rani’s cousin Ayan Mukherjee is a well-known Bollywood director today. So Preity Zinta’s background is not from the film industry, that’s why Preity considered herself out of the industry. At the same time, even after deep friendship with Rani, Preity always felt that Rani was less close to her and more close to Aishwarya Rai. In fact, Aishwarya and Rani used to be very good friends in the early stages of their careers. Both Rani, Preity and Aishwarya were good friends, but due to competition in Bollywood, their friendship faded and today these laughs are just each other’s former co-actresses.

Gradually the friendship between Rani and Preity ended, at the same time both of them could not digest each other’s compliments. We all know that both Preity Zinta and Rani Mukherjee have acted in many films with Yash Chopra. On the other hand, once when Yash Chopra called Preity Zinta the best actress, Rani did not like this. Not only that, once Rani had even said in front of everyone that two actresses can never be friends.