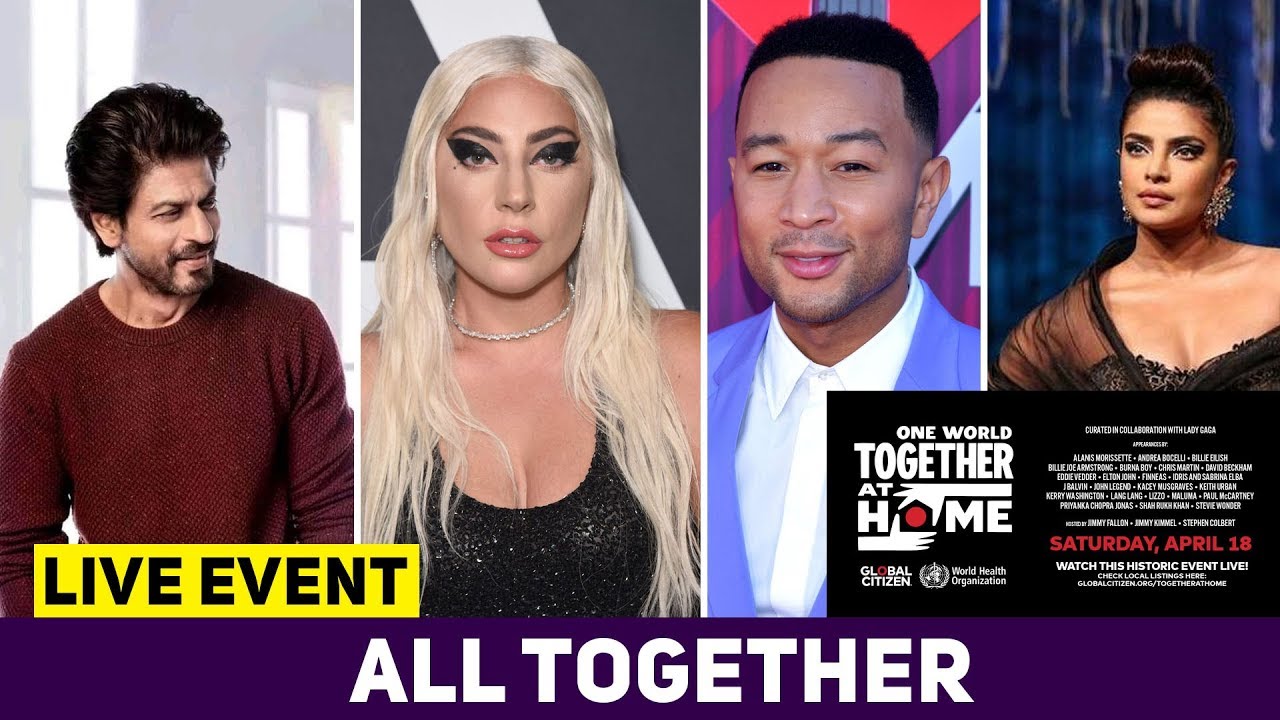 The report says that global star Priyanka Chopra Jonas and the king of Bollywood Shahrukh Khan will soon be seen reuniting together for a good cause. Both the stars will be representing Bollywood at the World Health Organization’s (WHO) live event called ‘One World: Together At Home’. Not only this but both stars lend a helping hand for the highly contagious pandemic. Along with spreading awareness.

WHO in association with Global Citizen will live stream an event. It will be a worldwide telecast. The show will feature Shah Rukh Khan, Priyanka Chopra Jonas, and other international celebs like Paul McCartney, Lizzo, Billie Eilish, Elton John, Lady Gaga, and others to support healthcare workers’ during global coronavirus outbreak. The event will be broadcasted on multiple television and digital networks around the world on April 18. It will be hosted by Stephen Colbert, Jimmy Fallon, and Jimmy Kimmel. The goal of the event is to raise funds for the upcoming telecast. Additionally, the organizers have already raised $35 million.

Recently, King Khan made his contribution to PM-CARES Fund through the IPL franchise. And also donated to the Maharashtra CM’s Relief Fund through his film banner Red Chillies Entertainment. Adding further he said that his NGO, Meer Foundation will help Maharashtra and West Bengal governments for the supply of 50,000 Personal Protective Equipment for the healthcare professionals. Apart from this, the superstar also offered his four-story personal office for the BMC quarantine facility.

Talking about Priyanka and his hubby Nick Jonas, both recently contributed to PM. Cares Fund, and other multiple organizations including UNICEF. She wrote in a post, ‘These organizations are doing amazing work by helping those impacted by #Covid19. They are feeding the hungry, supporting doctors and first responders, helping low income and homeless communities, and supporting our colleagues in the entertainment industry.