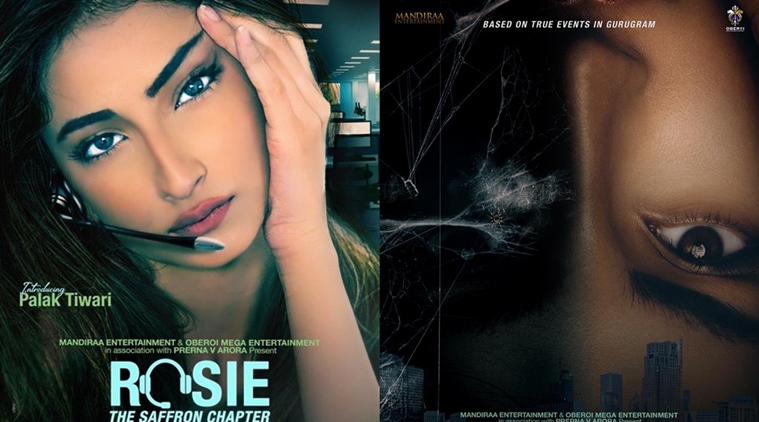 The internet sensation Palak Tiwari daughter of Shweta Tiwari is soon going to make her debut with horror-thriller film Rosie: The saffron chapter.

The internet sensation Palak Tiwari, daughter of Shweta Tiwari who often surfaced on the internet for her amazing photoshoots. Is now going to make her debut in an interesting chapter. She will be seen soon in the horror-thriller film “Rosie” The saffron chapter. Which is, bankrolled by Vivek Anand Oberoi, Girish Johar, Kusum Arora, Rishabh D Saraf, Keyur Pandya, and Sanjeet S. Yermal. Actor Vivek Oberoi who is associated with the film. Took to his social media platforms to introduce Palak Tiwari as Rosie. He wrote, “And here’s our mystery girl, glad to launch @palaktiwarii in & as #Rosie! Our horror-thriller franchise is based on true events in Gurugram, directed by @mishravishal.”

About the plot of the film

The story of Rosie: The Saffron Chapter revolves around the sudden disappearance of a woman named Rosie, who was an employee at a BPO company in Gurugram. It is based on the Saffron BPO, which is considered as one of the most haunted places in Gurugram. And it will be based on true events. The film will be presented by Mandira Entertainment and Vivek Anand Oberoi’s Oberoi Mega Entertainment. As said by Vishal Mishra (director) the project promises to fill the gap that exists in the horror-thriller genre in Bollywood and doesn’t fall prey to any clichés. He further said that we wanted a fresh face and Palak fit in that character nicely. The film is expected to go on floors by the end of this year and release early next year.

Expressing her views about the character. Palak said that she is absolutely excited about this project, and preparing for this character. Palak said that she got a call for an audition for a story that left her curious and chilled to the bones. Therefore, I went to the auditions to know more about the character. I gave my audition and after a few days, Prerna (Arora) ma’am gave me the great news that they have picked me for the lead role in the film.