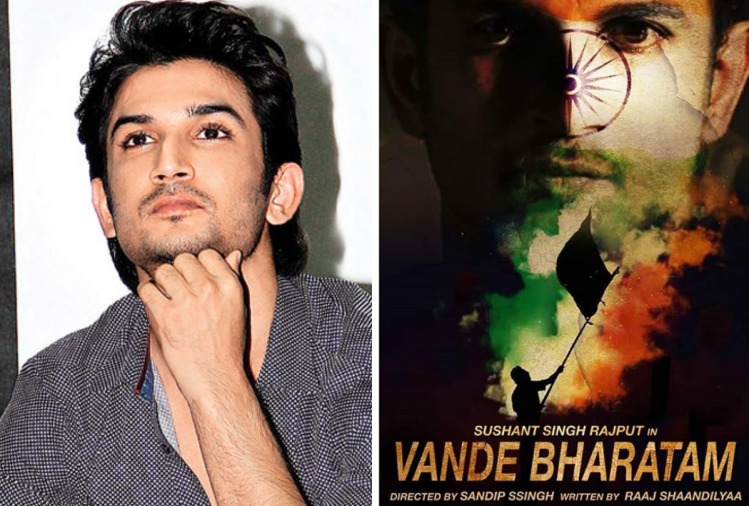 Sushant Singh Rajput’s friend Sandeep Singh revealed the first look of the poster Vande Bharatam in which he was soon going to make a directorial debut.

The death of Sushant Singh Rajput has shocked his fans, family, and friends. As he said goodbye to the world quite soon, and the projects signed by him remained incomplete. One such project is Vande Bharatam. With Sushant in the lead role, this film was to be made by his close friend and filmmaker Sandeep Singh.

Sandeep Singh is considered quite close to Sushant Singh Rajput. He keeps writing posts in memory of Sushant on Insta. Meanwhile, he has also shared some details about his upcoming Project. He has shared the first look poster of Sushant’s film Vande Bharatam. Sandeep revealed that Sushant was a part of the project and was even going to produce the film.

He wrote in the caption – You promised me. Both of us, Bihari Bhai will rule the industry one day and an inspiration and support system will be made for all the youth. You promised me that you will work in this directorial debut. Raj Shandilya wrote the story of this film and we were going to produce it together.”I want your trust, the trust that you showed me was my strength.” Now you left. I’m lost somewhere. Now tell me how will I fulfill this dream? Who will hold my hand? Now, who will give me strength like SSR, my brother? ”

Adding further Sandeep revealed that he will make this film which will be a tribute to the loving memory of SSR who inspired millions. He said that this film will be the symbol of the undying light of your soul,”

Also read Sonam Kapoor Speaks On Being A Nepotism Product