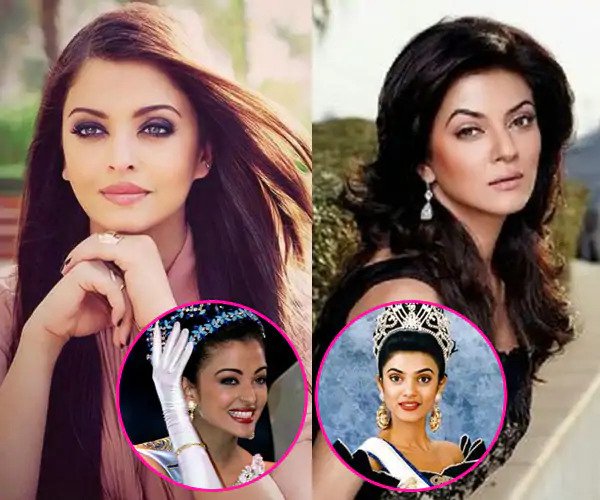 Sushmita Sen during an interview confessed about a decision, that she was going to make while participating with Aishwarya Rai in the Beauty Contest.

At the age of just 18 years, old Susmita sen went on to win the Miss India title in 1994. And further went on to win the Miss Universe title that same year, before making her successful debut in Bollywood. Meanwhile in an interview during a chat show, she revealed something about herself. The actress told that after hearing that she was Miss Universe she was extremely shocked. She said that after I came to know that Aishwarya Rai was in competition with her, she wanted to quit the idea of participating in the Pageant.

She further said that 25 girls were participating in the show, but after knowing that Ash is participating all of them wanted to withdraw the name from the competition. Sushmita reportedly decided to do the same. Sushmita was sure of losing the competition, as Aishwarya won most of the rounds. However, her mother motivated her to participate. Luckily in the final round, she brought home the honor of Miss Universe. That ultimately was a very shocking thing for her. Today she is counted among, one of the most talented actresses of Hindi cinema. Sushmita marked her debut in 1996 film. Titled Dastak. And went on to feature in a whole lot of ventures, which included Tamil films too. The actress adopted two girls. Renee in 2000 and a second girl named Alisah in 2010. She also made headlines a lot of time for her relationship with his boyfriend Rohman Shawl.

Throwback video of Sushmita Sen when she was crowned in 1994

On the work front, Sushmita Sen has successfully made her digital debut and is also happy with her return to Bollywood. Her web series Aarya has recently won the hearts of many fans and Bollywood celebrities across the country. Aarya portrays a journey of a mother who makes many decisions to carry her family business on her shoulders.