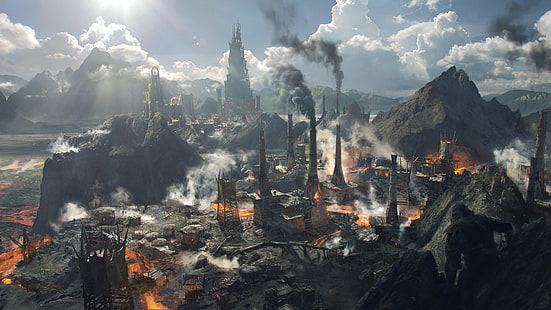 Going to beautiful places for a holiday has become a common tradition. But if you are thinking of doing something different or different and want to visit such places which are full of mysteries, then the time has come to unveil these mysteries.

There are few such places in the world that are perfect to indulge your strange and wonderful interests. If you are ready to visit these mystical places, then these are the places in the world where you will get the complete entanglement of mysteries.

The Banff Spring Hotel in Canada is considered a great home of haunting tales and mysterious events. Locals say that an entire family was murdered in the 873 rooms of this hotel. Some people also say that even today a man rings the bell of people’s room and then disappears. This haunted hotel is quite beautiful to see.

Stories of lost sailors and missing ships, crashed planes and even missing humans have emerged from the water for centuries, so frightening is the Bermuda Triangle. The half-million square mile area is known as the Devil’s Triangle.

The entire forest appears to be tilted at about 90 degrees. It has been discussed many times on this forest, what could be the reason for such unusual appearance of the woods.

Nestled amongst the stone villages on the eastern edge of the beautiful Brecon Beacon National Park, The Skrirrid Mountain Inn is filled with tales of the Gaelic nation’s past. People claim that the criminals were not only sentenced to death but hanged following the order of the so-called Hanging Judge George Jeffreys of a court here.