Home » Entertainment » Tiger Shroff Was Seen Sleeping On The Ground: Check It Out

Tiger Shroff Was Seen Sleeping On The Ground: Check It Out 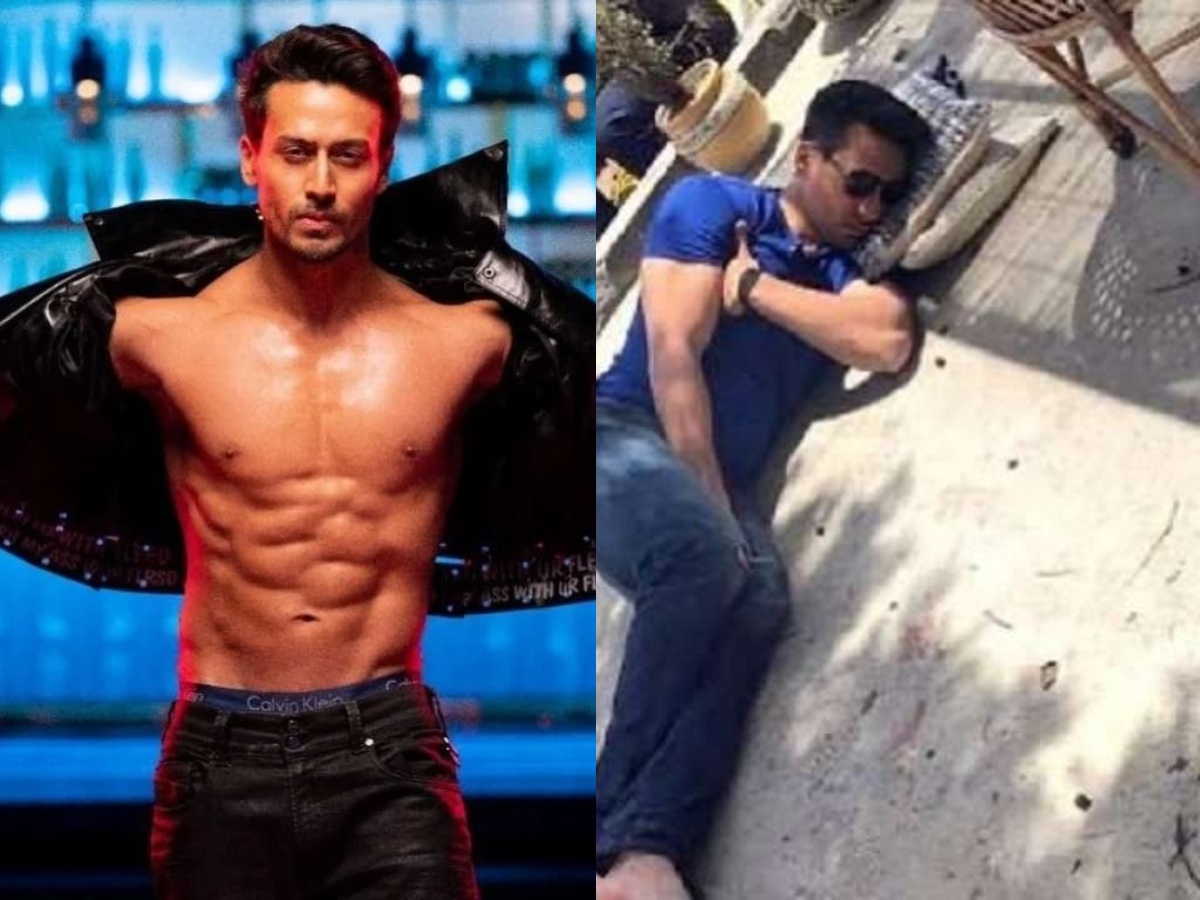 A photo of Tiger shroff has surfaced on social media, in which the actor is seen sleeping on the ground after the hard work.

Tiger Shroff often makes headlines about his film or his fitness. His workout videos often go viral. Fans like his physique a lot and follow him in terms of fitness. He is a fitness freak and always share pictures of his 6 pack. Apart from this Tiger also grabs attention, when he is seen spending quality time with his girlfriend Disha Patani. His pictures with girlfriend Disha Patani also surfaces quite often. That manages to fetch attention and receives loads of comments.

But, this time he is being discussed on social media due to a very different reason. A picture of him is being discussed on social media, which you haven’t seen before. It’s a picture in which Tiger Shroff is seen sleeping on the ground with the pillow placed under his head. The photo is shared by his mother Ayesha Shroff. Ayesha Shroff often posts pictures of her children. But sharing this picture she wrote that she is proud of her son. This photo of Tiger sleeping on the ground is being liked and the fans of the actor are also praising his simplicity. Ayesha earlier also praised Tiger in this way when he was shooting the scene shirtless in the cold for the film Baaghi. Ayesha posting the picture of her captioned it as,

‘Deep sleep after hard work, very proud of you my son.’

Talking about the work front, Tiger Shroff was last seen in the film Baaghi 3. The film also received a good response at the box office. Earlier his film war that was released in 2019 proved to be the biggest film of his career. The film did more than 300 crores at the box office. In War, Tiger and Hrithik Roshan worked together for the first time.

Also, read Sunny Leone On The Beach Outing With Husband And Children

Big Celebrities Of India Whose Death Is Not Showed By Media