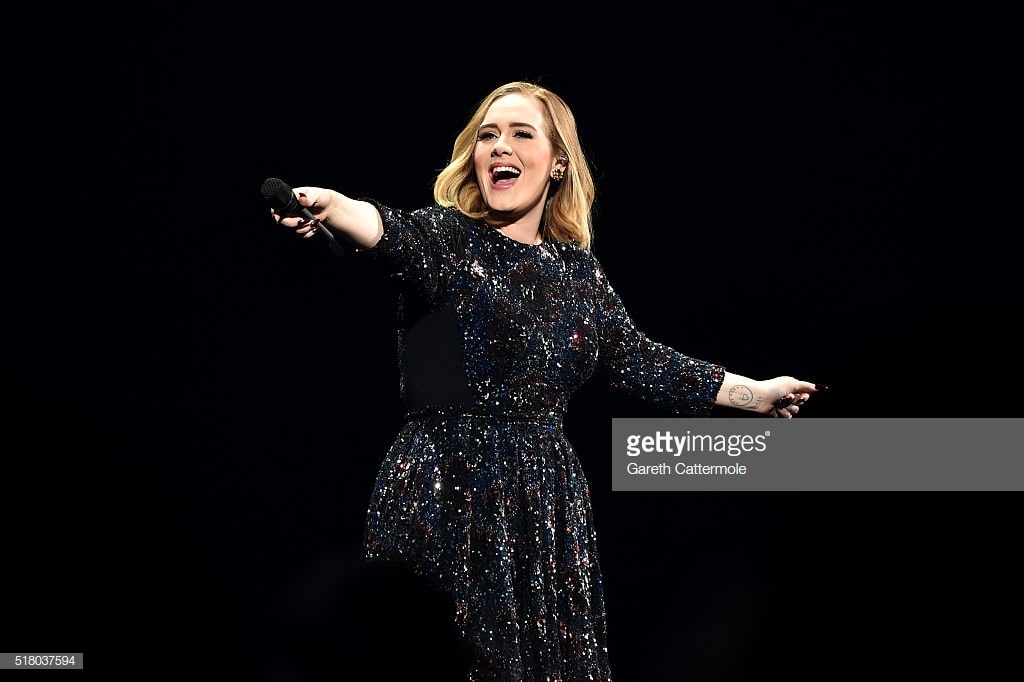 Adele released her fourth album 30 last month. With several hits to her name, this album will again be an undoubted success. But, do you remember Adele’s other hits? In this top 10 we list her most popular songs for you!

The following 10 songs by Adele are the most streamed on Spotify:

“Should I give up? Or should I just keep chasing pavements?”

In tenth place in these top 10 songs by Adele is Chasing Pavements. The song has over 276 million streams on Spotify. Chasing Pavements was featured on her album 19 and was released as a single in 2008. It is one of Adele’s first songs that would later become world famous. The song is also considered one of her best songs ever.

“All I ask is, if this is my last night with you. Hold me like I’m more than just a friend.”

All I Ask is also a real hit by Adele that is often turned on on Spotify. The hit song has more than 325 million streams on Spotify and is therefore in ninth place in this top 10 songs by Adele. The song was released on her album 25 in 2015. All I Ask is inspired by Billy Joel – from Pianoman – and this is reflected in the fact that the piano is the only instrument to be heard.

8. Water Under The Bridge

“Say that our love ain’t water under the bridge.”

“But I set fire to the rain. Watched it pour as I touched your face.”

Set Fire To The Rain is also a very popular song by Adele. The hit has been played more than 622 million times on Spotify and is also seventh in the top 10 songs by Adele. Set Fire To The Rain is the second single from Adele’s album 21 and was released in 2011. With this song she managed to reach the number 1 position in the UK charts for the first time. The song was also very successful worldwide.

6. Make You Feel My Love

“Nothing that I wouldn’t do. Go to the ends of the Earth for you. To make you feel my love.”

Make You Feel My Love is in sixth place in the top 10 songs by Adele. The beautiful song by Adele now has more than 690 million streams on Spotify . The song is a cover of Bob Dylan’s song. Adele also sang a Dutch version of Make You Feel My Love years ago. At the time, she sang along with Paul de Leeuw in his program.

“We’ve gotta let go of all of our ghosts. We both know we ain’t kids no more.”

4. When We Were Young

“You look like a movie. You sound like a song. My God this reminds me, of when we were young.”

The fourth spot in the top 10 songs of Adele is claimed by the song When We Were Young. Adele’s famous song has currently been played about 750 million times on Spotify. The song was released in 2016 as the second single from her album 25. The song reached many charts worldwide, but When We Were Young never managed to take the first place.

3. Rolling In The Deep

“We could have had it all. Rolling in the deep.”

Rolling In The Deep ranks third in Adele’s top 10 songs. The song has been played more than 908 million times on Spotify . The single is from her album 21 and was released in 2010. Adele has indicated that she wrote the song, among other things, to process her heartbreak. Rolling In The Deep is Adele’s most successful song in the Netherlands. The hit was in first place in the Dutch Top 40 for a total of seven consecutive weeks. The song was also a great success worldwide, with first places in America, Brazil, Germany, South Korea and Canada.

“Never mind, I’ll find someone like you. I wish nothing but the best for you, too.”

Adele’s second most popular song on Spotify is Someone Like You. With just over 1.1 billion streams, the song ranks second in Adele’s top 10 songs. Someone Like You is a single from the album 21 and was released in 2011. The single is based on the break with her then boyfriend. The song was a huge success worldwide with both listeners and critics. The song has sold more than 17 million copies online, making it one of the most popular songs of all time in the digital age.

“Hello from the other side. I know I’ve called a thousand times.”

Adele’s most popular song is without a doubt Hello. The well-known song has collected almost 1.2 billion streams on Spotify and is therefore in first place in the top 10 songs by Adele. Hello was released in 2015 as the title song of her album 25. The song was a huge success worldwide and reached the number one spot in the charts in dozens of countries. Adele also received multiple nominations and a number of well-known awards for Hello.