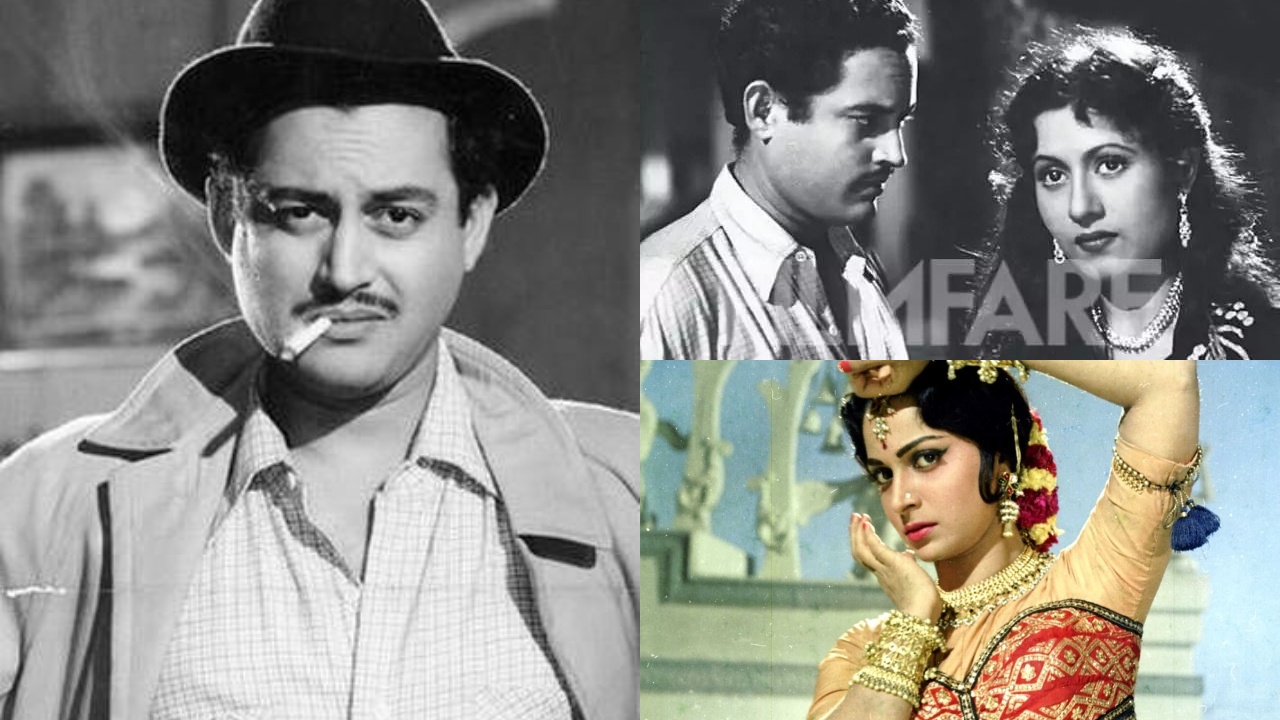 It is Guru Dutt’s birthday today. Guru Dutt ruled the hearts of fans by becoming a director, choreographer, and actor in Hindi cinema. Today we will introduce you to the breakup story of the actor and Waheeda Rehman.

Guru Dutt, the legend of Hindi cinema, was born on 9 July 1925 in Bangalore. Guru Dutt’s real name was Vasant Kumar Shivshankar Padukone. Guru Dutt had earned a lot of name in Hindi cinema by becoming a director, choreographer and actor. But his real life was full of turmoil.

After marrying Geeta Dutt, Guru Dutt’s heart came on actress Waheeda Rehman. But the love of Waheeda and Guru Dutt could never reach the destination. Today we will introduce you to the tragic incomplete love story of Guru Dutt.

Guru Dutt was looking for a new face for the film CID. While Waheeda was working in South films in those days. Meanwhile, for the first time in a ceremony, Guru Dutt’s eyes fell on the beautiful Waheeda. He called the actress for the screen test of CID. Luck supported her, and she got selected for the film. It is said that during this film the closeness between the two also started increasing.

It is said that Guru Dutt, who was fell in Waheeda’s love, was first to take Dilip Kumar for the film Pyaasa, but later he himself decided to work opposite the actress in the film. While the pair of both were liked in this film, the stories of their love were also coming to the fore. It is said that special scenes of Waheeda Rehman were written in Guru Dutt’s films. According to media reports, Guru Dutt himself used to write special scenes for Waheeda.

Was upset with Waheeda

There was a time when Guru Dutt, who was angry with Waheeda Rehman, even banned his entry. It has been said in many media reports that once Waheeda was stopped from going to the make-up room, and she was not even told the reason. The reason behind this is said to be his fight with Guru Dutt. Because at that time the Guru wanted to run Waheeda on his own terms. Guru Dutt’s friend Abrar Alvi mentioned in his book ‘Ten Years with Guru Dutt’ that Guru Dutt had banned Waheeda’s entry.

News came on the relationship of both

Waheeda was very saddened by this incident, it is said that after this incident, news started going around that Guru Dutt has rejected Waheeda Rehman. A lot of talk of estrangement between the two had come to the fore.

The make-up room of both was in the neighborhood

The guru had bowed before Geeta

When the news of Guru Dutt and Waheeda Rehman’s marriage came to the fore, the heart of his wife Geeta was broken. It is said that Geeta, who was upset with her husband, started living separately. In such a situation, the guru had to choose a wife or a girlfriend, so he had chosen the wife at that time. When Geeta returned home, she started putting pressure on her husband, after which he started distancing himself from Waheeda.

Guru was upset with Waheeda

Under the pressure of his wife, the actor distanced himself from Waheeda, but he was broken inside. On this, Vimal Mitra was told in his book ‘Bichde Sab Bari Bari’ that the actor has stopped sleeping since Waheeda’s departure. Actor’s time came such that Guru Dutt had surrendered himself to death. Whereas Waheeda had chosen her life partner in 1974.

Also read 90’s Hit Jodi Of Govinda And Raveena Tondon Will Be Back With A Bang Soon: Netizens Excited