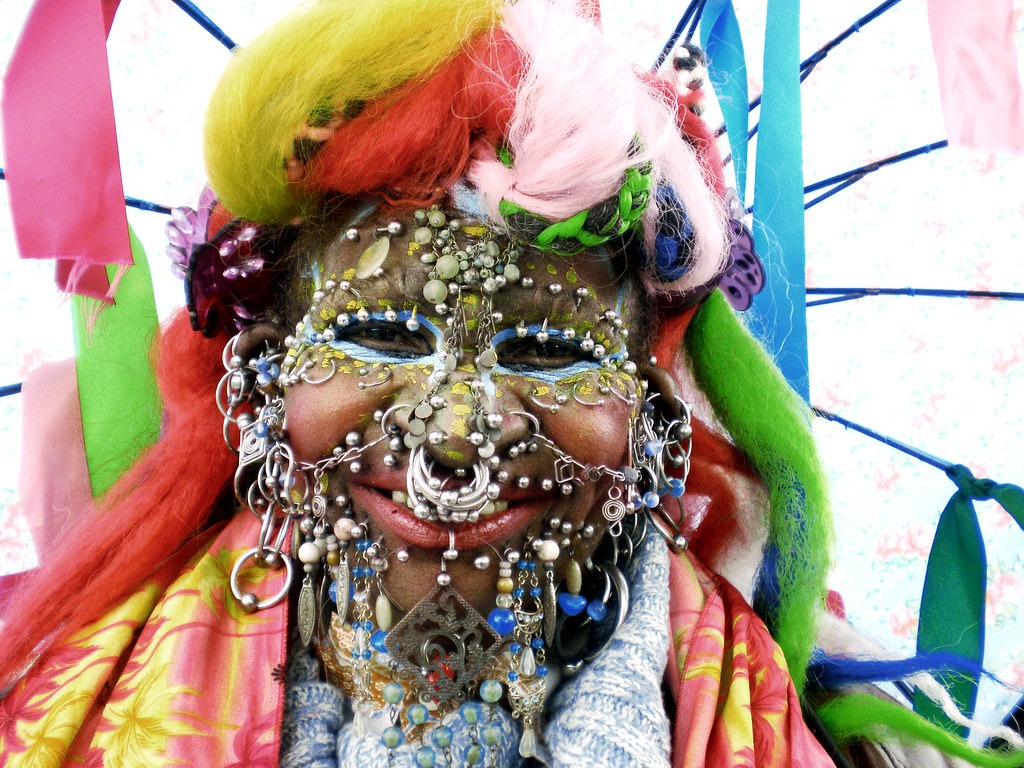 There are many types of people living in the world who keep doing strange things
without caring about their lives to fulfill their fashion and hobby. Although women usually get their ears pierced to put on earrings, in the name of fashion, there are some people who have got piercing on many parts of the body, and they are scared to see these people. Today in this post we are going to tell you about some such strange people who changed their faces in the name of fashion. Let’s know about some such strange people:-

23-year-old Joel from Germany made holes in the ears and felt so good that he got around 11 holes on his face too. The biggest hole on his face is 34 mm, which scares even good people. For this hobby, Joel’s name was recorded in the Flash Tunnel category in 2014.

Rolf Buchholz hails from the city of Dortmund, Germany. He is an IT professional by
profession but identified for his world record in the Guinness Book. He holds the world record for 453 piercings, of which 158 were on his lips alone.
Most of these piercings are in their face and genitals. Buchholz got the first tattoo and piercing in his body at the age of 40, since then for 20 years he has been getting piercings on his lips, eyebrows, nose, not only that, he has put two small horns on his head.

This woman named Elaine Davidson is from Brazil, and she has got about 6725
holes on her body. Everyone is surprised to see so many pores on his body. Due to this hobby,
Elaine’s name is recorded in the Guinness Book.

A person named Axel Rosales has got about 280 piercings all over his face, due to which his name has also been recorded in the Guinness Book of World Records. His face looks very scary after getting so many piercings.