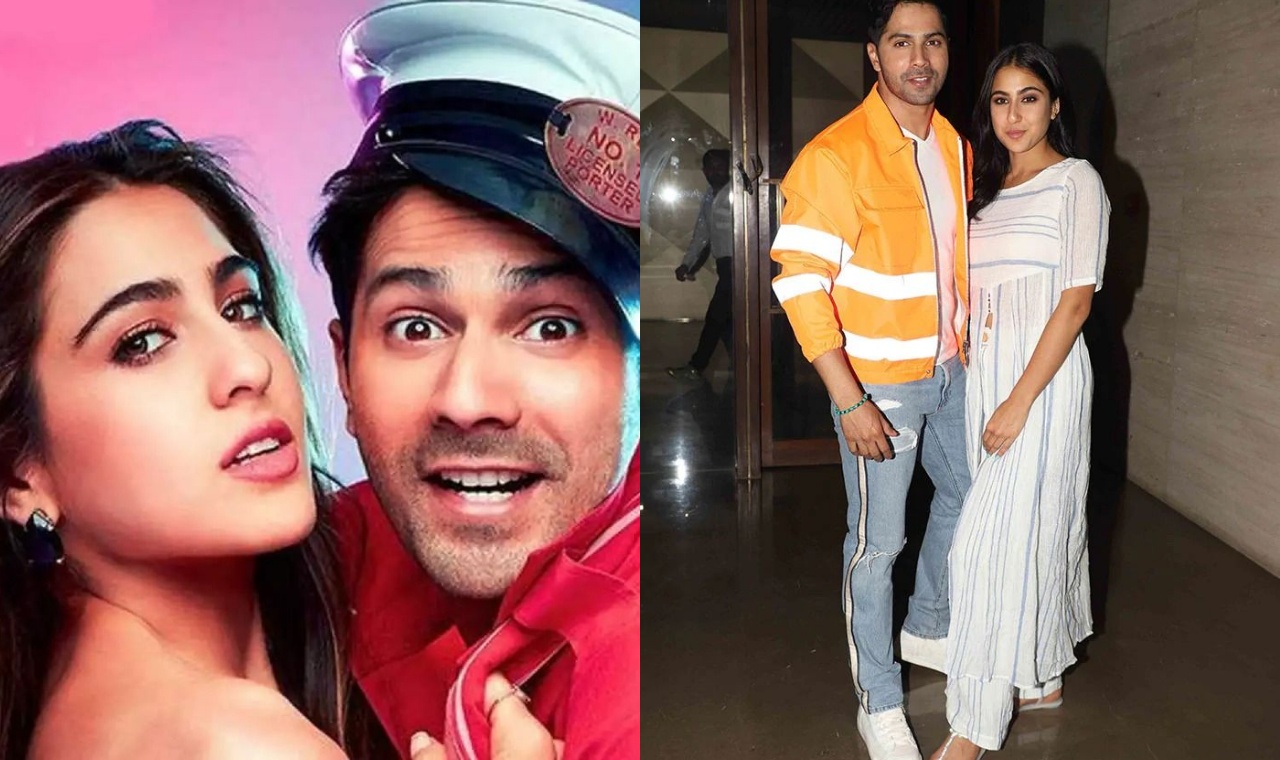 Actor Varun Dhavan is going to appear with the fun-loving girl Sara Ali Khan in Coolie No-1. So get ready to go go, crazy with hilarious twists and turns.

It seems like the wait is soon going to end for Coolie No-1. As the makers have recently dropped the trailer of the film featuring Varun Dhavan, Sara Ali Khan, and Paresh Rawal in lead roles. WE will also see Johnny Lever, Rajpal Yadav, and others in key roles. Directed by David Dhavan the film is the remake of Coolie N0-1 that was released in the ’90s that featured Govinda and Karishma Kapoor. And now to create the same magic Varun and Sara will take the lead, however, this time the actor’s chemistry with Paresh Rawal, who plays the role of Sara Ali Khan’s father in the film, steals the show. Moreover, you will get to see a series of hilarious things happening back to back. And we are sure that it will sure make you go ROLF.

Talking further about the shooting of the film let us tell you that it has been shot at the stunning locations in Thailand, Mumbai, and Goa, and laced with several hit numbers from the original Coolie No. 1 including ‘Goriya Chura Na Mera Jiya’ and the very popular ‘Tujhko Mirchi Lagi Toh‘. Which you will get to see in the film. After watching the trailer that has just been dropped by makers you can easily make out how big entertainer it will be. This latest project of Varun and Sara is going to be a Christmas treat for fans and will be out on 25th December. It promises to entertain the audience with heavy dialogue, funny one-liners, and a colorful visual appeal.

Watch the Trailer Below:

Apart from this let us tell you that Earlier Varun became a target after netizens called him a nepotistic kid. And the same thing happened with Sara, as she was also called the product of Nepotism. But no matter what people say about them, the two stars have proved themselves with their onscreen performance whether it’s their looks or acting skills. Coming back to the film. This is the first time that Sara and Varun have come together for a project and that’s the reason why their fans just cannot wait for the release of the movie. Everyone is curiously waiting to see their sizzling chemistry and the underwater kissing scene.

Also, read Top 7 Secret Hotels In India For Once In A Lifetime Experience

Scientific Facts Behind Married Women Jewelry Will Leave You Amazed

Scientific Facts Behind Married Women Jewelry Will Leave You Amazed

Shamshera Teaser: The Trailer Of ‘Shamshera’ Will Not Be Released In Yash Raj Studios