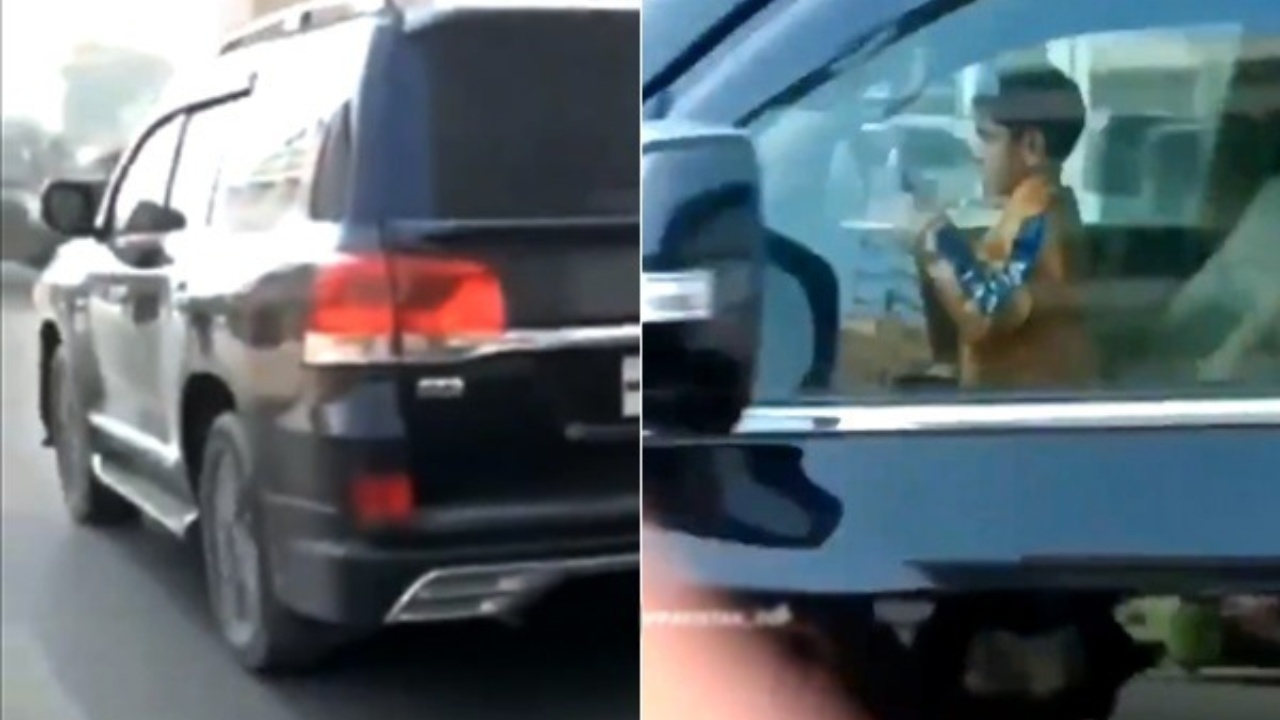 If you think that driving an SUV, is something that only elders can do! then you need to see this:

Bosan, one of the busiest roads in Multan. And if you see a little boy driving all the way onto those streets. Imagine what will be your reaction!. So that’s what happened when everyone recently witnessed a 5 years old boy driving SUV on a highway in Pakistan. The video of this little boy went viral everywhere soon after he was caught on camera. Although it was quite surprising at the same hand the netizens were also worried.

Even the police also started investigating who this little boy is. And also tracing out the number of the car. According to the reports, they will investigate the things, and then the action will also be taken.

Well for many people it was a joke while some took it quite seriously and took to their Twitter hand to post their comments after watching out the video. Infact one of the users wrote “A small kid driving Landcruiser in Multan ? How’s his feet even touching pedals? Whose kid is this?”

Here’s the video below.