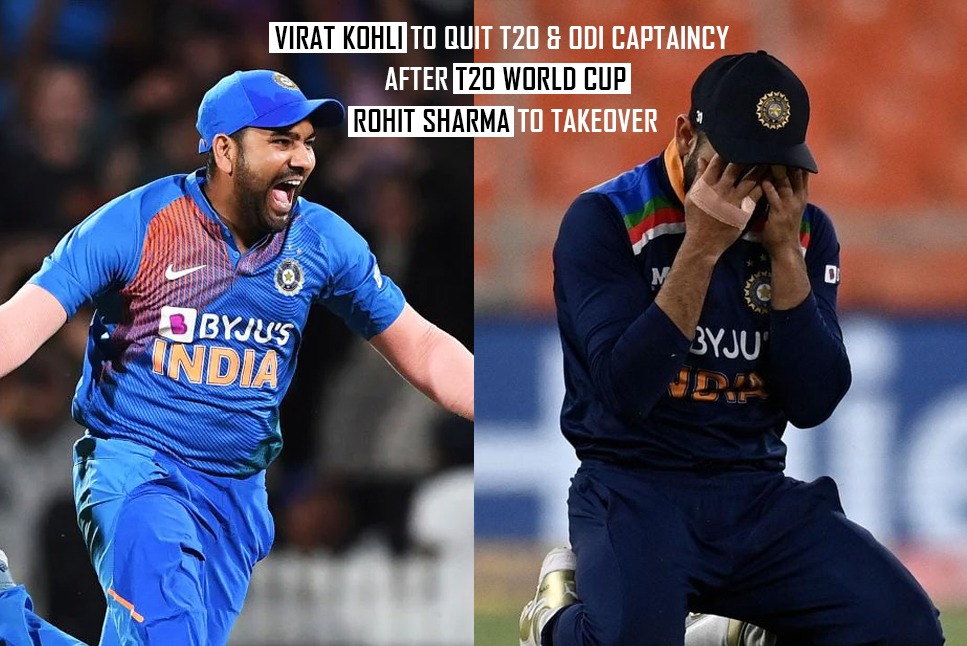 For a long time, the news is going on loudly that Virat Kohli should resign from the post of captain of the Indian cricket team and the command of the Indian cricket team is now in India’s opener and explosive batsman Rohit. Should be handed over to Sharma. If not in all formats, then at least in one of the formats in T20 or ODI format, the captaincy should be transferred to Rohit.

The eyes of all the cricket fans and the cricket team are now on the T20 World Cup, which going to start in October. In such a situation, the Indian team has also kept a close eye on it and India’s first match is going to be with its arch-rival team Pakistan in this World Cup. Recently, the 15-member squad of the Indian team has been announced for the T20 World Cup 2021 and the team looks quite balanced. However, once again there is a demand to change the captain.

Let us tell you that Virat Kohli has taken India very further in the world of cricket under his captaincy, although he does not yet have a single major trophy of the ICC tournament on his name. In June this year, India also had a golden opportunity to become the best team in the Test by winning the first World Test Championship, although the team was defeated. With this, there was a demand for a change in the captain of the Indian team rapidly.

Looking at the conditions, it is being speculated that Virat may have to leave the captaincy in T20 or ODI or both formats. The special thing is that the team has another great captain available in the form of Rohit Sharma. Rohit has a good experience of captaincy. He has got 4 trophies under his captaincy for the IPL team Mumbai Indians. At the same time, he has won almost 80 percent of the matches for the Indian team as the caretaker captain.

A new captain is possible after the World Cup

No matter what is being said about Virat’s captaincy, however, before going on any path, one should definitely take a look at the captaincy figures of both Virat and Rohit.

Talking about Rohit, a source has said that, ‘If we talk about Rohit Sharma, he has won the IPL title 5 times and is not second to anyone in the record of the captaincy of T20. If Rohit ever had to take charge as a white ball captain, then this is the time. Anyway, if Rohit becomes the captain, then it will be a win-win deal for the Indian team because the tuning of Rohit and Virat with each other is very good.