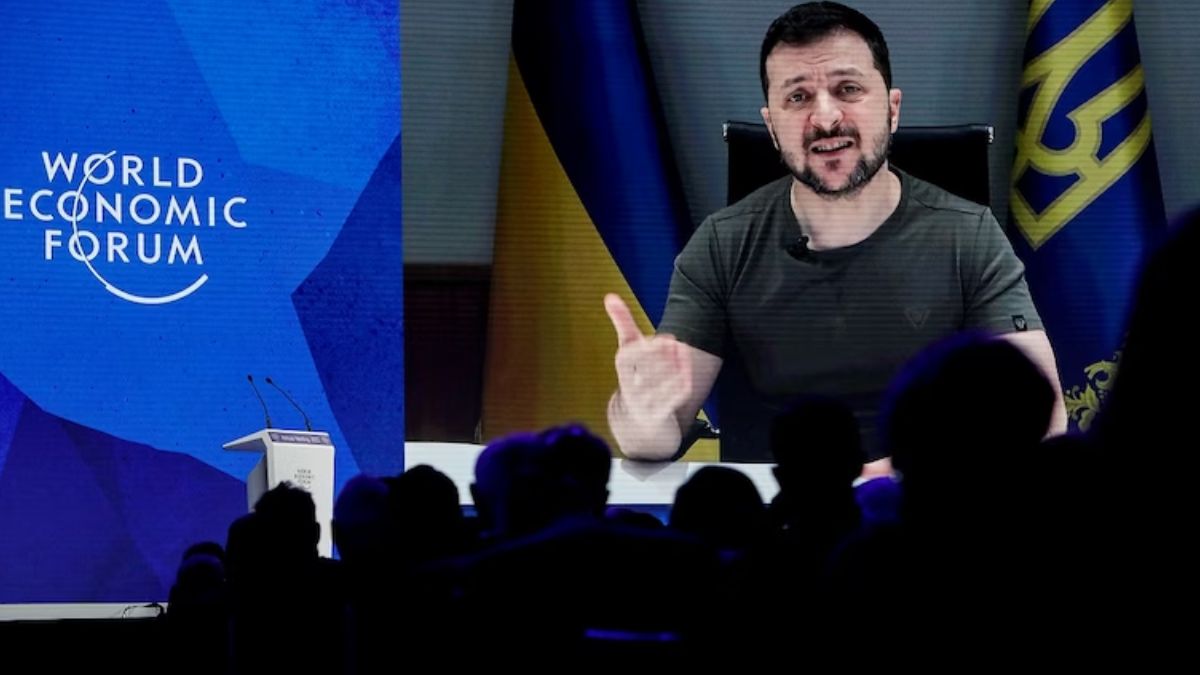 Volodymyr Zelenskyy, the Ukrainian President of Ukraine addressed the world leaders and industry experts and joined the discussion at the World Economic Forum on Wednesday at 17.00 CET.

Post the unfortunate mishap, a helicopter crash in Kyiv earlier on Wednesday morning, he addressed the world leaders about the situation in the country during his speech. This lead to a VIP casualty Ukraine’s interior minister and other people in dozens, including children.

Interior Minister Denys Monastyrskyi, is a veteran official who controlled the emergency services and looked after the country’s police.

Before commencing his speech Zelenskyy observed a moment of silence for the helicopter crash victims.

On Wednesday, adhering to the ‘Cooperation in a fragmented world’, the World Economic Forum entered the third day of discussion and deliberation. Earlier today, UN Secretary-General, Antonio Guterres and the Chancellor of Germany, Olaf Scholz have addressed at the forum. The First Lady of Ukraine, Olena Zelenska, too gave her address and accepted questions thereafter.

BAFTA 2023: It’s a rare miss for RRR; ‘All That Breathes’ makes it to the top list of nominees